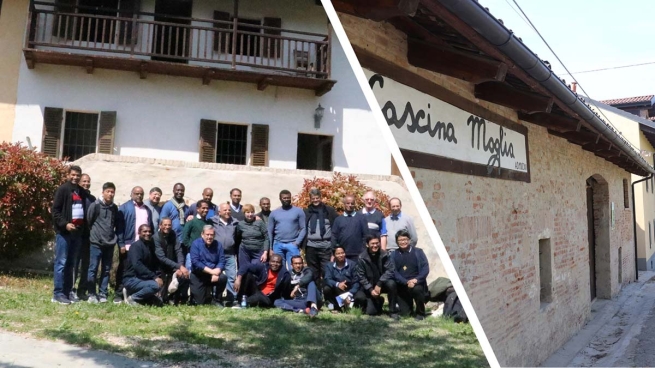 During the last few days, dedicated to the personal appropriation of the journey made together and to evaluation, what emerged was what most affected the participants’ experience, welcomed as a precious talent that this time spent in the places of Don Bosco entrusts to each one so that it may now be used and multiplied in the Provinces of origin.

Here are some of the strong points that emerged both in the evaluation and in the video interview conducted on the last day:

-        A new face of Don Bosco has been discovered, beyond the popularly known face of his formidable activity. His unreserved dedication to such a fruitful and universal mission has very deep roots. There is an accompaniment of great value that shapes his spirit and his educative-spiritual art, right from the years of the Becchi and then through all the stages of his life, no less intense after his priestly ordination than before. In Don Bosco's life, formation and mission become one, just as Pope Francis asked us in his message at the GC28. And so would he do with the first Salesians, forming them and accompanying them within a mission that produces holiness. "Don Bosco's work is to make saints" (Pius XI).

-        They learned the art of listening via experience: to God, to themselves, to any brother or sister who sought above all this kind of availability. They experienced that there is a difficult path of asceticism and discipline to learn to listen, and paying attention to the encounter that is always taking place between God and the heart of those we are given to serve. This working of grace within the mystery of every freedom has priority over plans, ideas, and advice that those who offer themselves as companions already have in store.

-        Above all, it was a direct experience that made each person more willing and convinced to set out to become a credible traveling companion for others: personally guided spiritual exercises; practical sessions in which they took turns guiding, being guided, and supervising; training in the acquisition of skills.

-        First condition: become guided guides, as it was for Don Bosco. If we cannot imagine Dominic Savio without him, we certainly would not have Don Bosco without Cafasso. This confirms that accompaniment is essentially a MISSION for those who live the Salesian charism: it is a way of becoming like Don Bosco for the young and for everyone. Those who live in an environment and with educators capable of embodying this type of educative-pastoral proximity have a good chance of becoming in turn a companion of young people in the style of Don Bosco. This is why it is so important to live the Preventive System in the houses of initial formation - which is another way of defining Salesian spiritual accompaniment. It is, indeed, only through this direct lived experience that one can learn to relive and multiply it, whatever the involvement in the mission for Salesian life "to the last breath".

The Salesian school of spiritual accompaniment followed the same dynamic: what is desired to be practiced and lived in the many Provinces and nations of origin was lived intensely in Don Bosco's places, hoping that the seed will bear fruit and multiply beyond expectations.

The second edition of the school will take place from 17 August to 19 September 2022, again in Valdocco and Colle Don Bosco, for Italian, Spanish or Portuguese-speaking confreres.