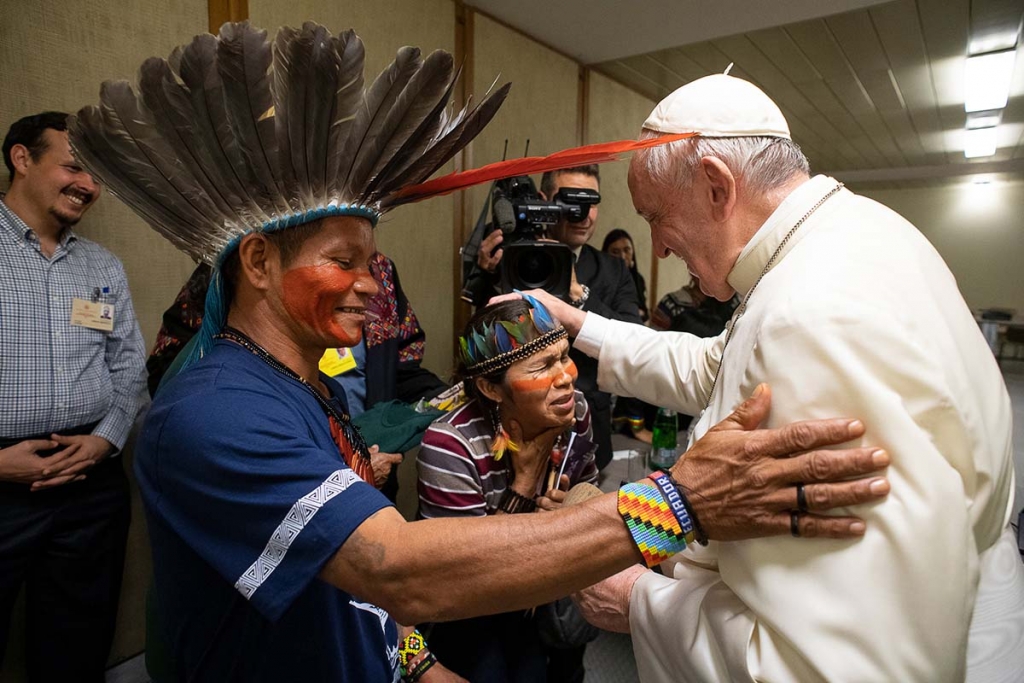 Vatican City, Vatican - October 2019 - In the Paul VI Hall, on the afternoon of October 17th, Pope Francis met a group of about forty indigenous people of the Amazon, including participants in the Synod for the Pan-Amazon Region and other initiatives taking place in Rome during this period. He was accompanied by Archbishop Roque Paloschi of Porto Velho and Cardinal Claudio Hummes. The meeting was opened by a speech with two voices, read by a woman and a man, representing the indigenous peoples, who expressed gratitude to the Holy Father for the convocation of the Synod and asked for help for the care of their land, so that their descendants may enjoy it. Pope Francis spoke, emphasizing the dangers of new forms of colonization in the Amazon region. Finally, Pope Francis reiterated that the Gospel must inculturate, so "the peoples receive the announcement of Jesus with their own culture".