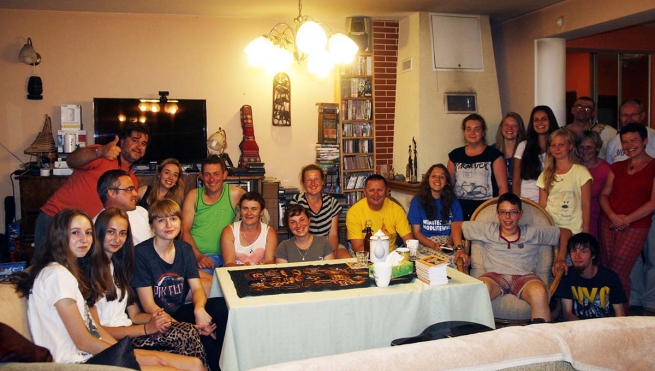 (ANS - Krakow) – The young people who participate in the World Youth Day (WYD) 2016 in Krakow will stay in different places: schools, hostels, tents, etc. Some will be hosted by Polish families like that of Mr Kwiatek, well-known tour operator.

"For us organizers it is very important that as many people as possible can stay in Krakow and its surroundings, because the main problem will be access to the venues of the various events. Again we repeat the appeal, especially to people living in Krakow, to open their doors to participants in World Youth Day," says Fr Parszywka Adam, Director of the Department of Communication of the Organizing Committee of World Youth Day.

Mr Bogdan Michał Kwiatek, travel agent and world tour organizer from Krakow, has already responded to the appeal. He is the author of books and publications based on his travels. Among other things, he took part in a meeting of young Christians in Hungary, organized by the Taizé Community. He spent a few nights staying with a family in Budapest and he remembers it with great pleasure.  He says "I hope that the participants of World Youth Day will have the same happy memories of their stay in Krakow."

The house of the Kwiatek family is always open. They often host people from Poland and abroad. During World Youth Day they would like to accommodate at least six people, from all continents. They have no fear that their home will become a Tower of Babel: the family members know many languages, but above all they think that it is possible to communicate without a huge amount of knowledge.  When Bogdan went to Hungary the only words he knew were "thank you" and "good morning", but he had no problem.

Mr Kwiatek will do everything possible to ensure that the young pilgrims will feel at home in his house and have good memories of their stay. He knows that the pilgrims don’t need a lot - a place to put a sleeping bag is enough… but he does think that when you invites guests you need to tidy the house!

In 1993 he arrived for the final Mass of WYD in Denver directly from Alaska. He still has before his eyes the crowd of 700,000 young people shouting "Long live the Pope" and John Paul II. "It was a wonderful experience".

For Mr Kwiatek, hospitality is invaluable. It is a positive energy that enriches those who give and those who receive, and it also becomes a good advert for the whole country.