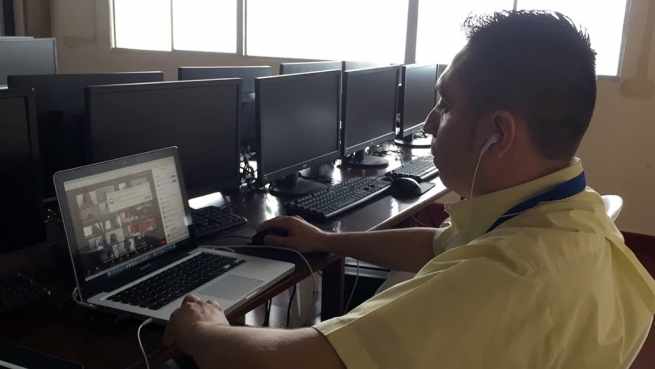 (ANS - Granada) - Covid-19 and the forced isolation of millions of people have transformed society in many ways, and the world of education has been no exception. “The pandemic has had a direct impact on the education systems of all the countries in the region, involving students, families, ministries, secretariats, schools, teachers and principals. The closure of schools in the context of actions to contain the spread of the virus has brought more than 165 million students out of school, from kindergarten to higher education,” explains a group of scholars from the Inter-American Development Bank (IDB).

In this situation, education and educators have had to reinvent themselves in order not to fail to convey their value and importance for the growth of society.

And in Countries where there are no large budgets for education, the post-pandemic situation will be even more complicated, with repercussions especially for children and poor young people.

Although many countries had not had a consolidated national strategy for distance education, and even less in the event of an emergency, they have made significant efforts according to their capabilities. Thus many Salesian works throughout the world have also reacted.

The "San Juan Bosco" Salesian Institute of Granada, like other institutions across the world, has sought a number of alternatives to continue providing quality education to its students. Following Don Bosco the dreamer and looking upwards, aiming high, they have launched themselves courageously into the technological world, but before that they worked on training in everything that was necessary to provide an effective response to the emergency.

After a long time spent with manuals and paper guides, with the desire to protect the recipients, especially the youngest ones, the use of "interactive blogs" was started using the Google for Education G-Suite tools, thus responding to the needs expressed by parents, offering young people an enriching experience, and finally reaching, with fluid but sure steps, the hoped for success.

And what do these blogs contain? A wealth of audiovisual resources to make the teaching/learning process more dynamic and interactive. Many teachers, initially fearful, began recording their lessons, thus making an important qualitative leap, which reproduced the dynamics of the classroom, although, certainly, not in a perfectly corresponding form. The process was complex, because it required the education of the student and also of the parents, who now accompany and collaborate more closely in the learning process of their children.

The Salesian Institute of Granada, committed as an educational community to accompanying young people in an integral form, works constantly to update itself and to provide the necessary tools for the service of educational quality, following Don Bosco's desire to educate humanly and spiritually as “good Christians and upright citizens” to build a fairer and more just society.