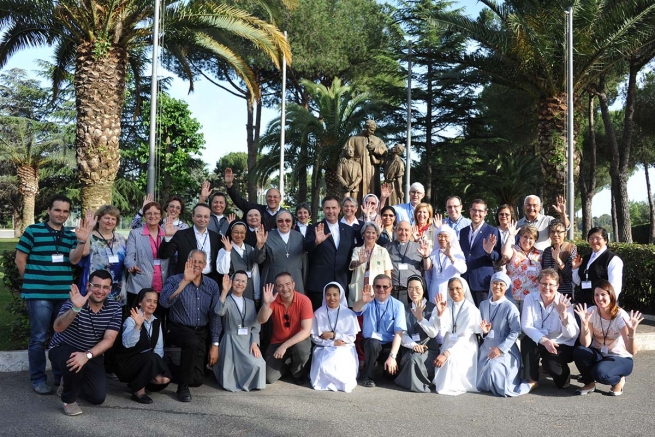 (ANS - Rome) - One of the forces leading the Salesian charism in the world is the Salesian Family. "Every time I go around the world, I see first-hand that the charism of Don Bosco is fully alive," says Fr Eusebio Muñoz, Secretary of the Salesian Family, the man who convened the World Consultative Body.

Fr Eusebio, the members of the Salesian Family have come together. How many groups participated?

There are representatives from 24 groups belonging to the Salesian Family. There was once again a family atmosphere that facilitated the work and achievement of the objectives.

How many people, more or less, are working with the Salesian Family around the world?

The meeting was attended by the Rector Major as the leader of the Salesian Family.

The Secretariat for the Salesian Family was completed with the election of Mr Ricardo Sá, leader of the "Canção Nova" community in Rome, and Ms Dina Moscioni, General Coordinator of the Spiritual Movement "Witnesses of the Risen Christ".

What conclusions were reached during these days?

We had opportunities for formation and a chance to meet as a family. In addition to this, some decisions were taken, as, for example, the choice of Turin as the venue for the next meeting of the Consultative Body in 2017; the new edition of the book "The Salesian Family of Don Bosco"; some suggestions were given to the Rector Major regarding the Strenna for 2017; and approval was given for the creation of a web space to facilitate communication between the groups.