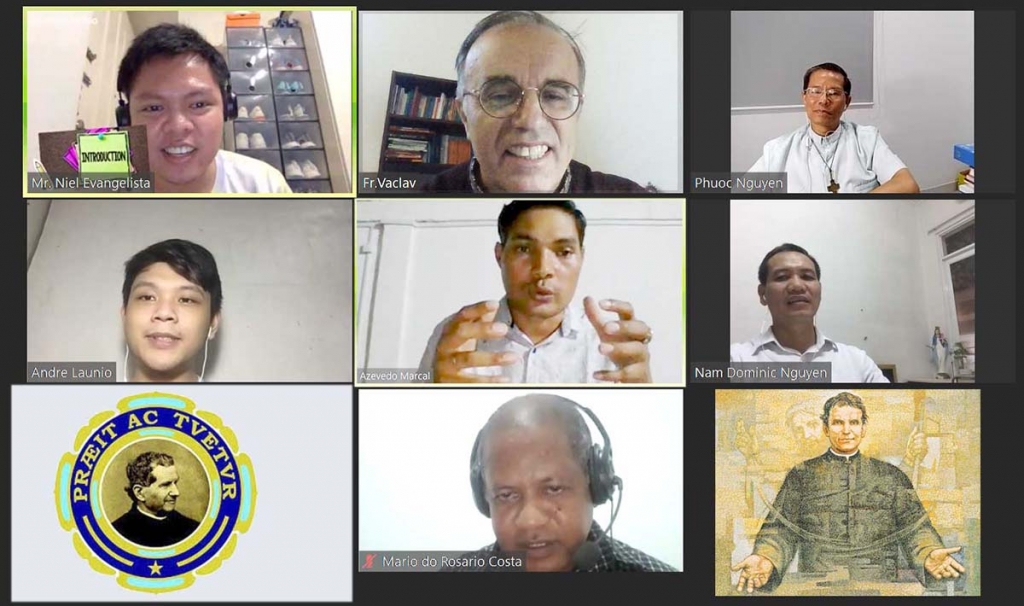 Dili, East Timor - July 2020 – Taking place on July 26 was the first online meeting involving the leadership of the Don Bosco Past Pupils Federation of East Timor, the Councilor for the East Asia-Oceania Region, Fr Joseph Phuoc, the World Delegate of the Past Pupils, Dominic Nam, the Young Past Pupils Councilor (GEX) for Asia-Oceania, Niel Evangelista, and Fr Václav Klement, Extraordinary Visitor "ad nutum" and "pro tempore". This was the first of a series of "virtual visits" to each of the Past Pupils Federations of the Region. The current President of the National Federation, Azevedo Marcal, presented the work of the Past Pupils in East Timor, highlighting its most important features: the attention paid to young people through multiple activities and its synergy with the Salesian Youth Movement. In conclusion, the GEX Regional Councilor presented a new regional project for the 150th anniversary of the Past Pupils, a Video-Talkshow, which will be launched on 16 August 2020 as a gift for Don Bosco's 205th birthday.