Slovakia - Fr Peter Bešenyei: a life for the mission among the gypsies
Featured 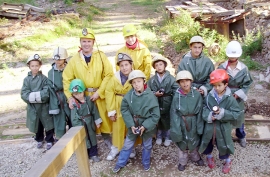 (ANS - Košice) - In Slovakia there are 5.3 million inhabitants and a Roma Gypsy minority lives there, making up about 8-9% of the population. Roma have lived in Slovakia for over 600 years, but despite this, most of them are not integrated into society. There are also some Roma priests and nuns, but the “Roma ministry” is considered more difficult than the missio ad gentes.

For the Salesians of Slovakia, the mission among the Roma is inextricably linked to the name of Fr Peter Bešenyei, who dedicated his entire pastoral life to the Gypsies. His rich missionary experience at home is shared in his first collection, entitled "The Gypsy Silence" and in his second volume, published last year, entitled "Let's kill the racist in ourselves".

In his essays, Fr Peter deals honestly, openly and boldly with issues such as racism, prejudice, segregation, telling them from both sides, that is, from the point of view of the majority of the Slovak people and the Roma-Gypsy minority. As an experienced pastor, educator and missionary, Fr Peter offers concrete advice to different groups of people: medical staff, teachers, priests, etc. His advice is always inspired by the Gospel.

Among the 600 Roma settlements in Slovakia, the Salesian contribution is certainly a drop in the ocean, but it undoubtedly offers a prophetic sign not only to the entire Catholic community, but also to all of society.