RMG – “Not me, but God”. Towards the beatification of Carlo Acutis
Featured 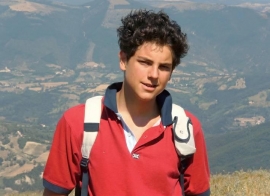 (ANS – Rome) - Tomorrow, Saturday 10 October, the beatification ceremony of the young Carlo Acutis will take place in Assisi, presided over by Cardinal Agostino Vallini. This young man, who lived a short but intense life, a man indicated by the Pope as a model for young people in his Apostolic Exhortation Christus Vivit, and proposed by many as the "Patron of the Internet" for his computer skills, has prayer groups named after him all over the world and many are the catechists, educators and priests themselves who are fascinated by the life of this young man.

Ana Alice from São Caetano do Sul (Brazil), Liliana from Cordoba (Spain) and Isaura from Salamina (Colombia), to give an example, are just some of the dozens of people who in the late afternoon of 5 October connected online from every country in the world to attend a meeting on the "testimonies, the itinerary and the steps of the young Acutis". “He has always spontaneously attracted people, from an early age,” explained Antonia Salzano, Carlo's mother.

Carlo Acutis came from a prominent family, used to a life of ease. His grandmothers were noble, he was used to seeing beautiful houses, beautiful places. Still, he was extremely simple. “Two pairs of shoes were too many for him. It was necessary to help the poor, he wanted to save to help everyone, for Carlo it was useless to have so many things. He was down-to-basics, essential. For these reasons he loved St. Francis,” his mother always testified.

The bond with Assisi became even closer after his death. Transferred in 2016 to the Shrine of the Spoliation, he will be beatified in the city of San Francesco and his body, which has remained intact, will remain on display for veneration until next October 17.

Born in London in 1991, where his parents had moved for work reasons, he died on 12 October 2006 in Monza, due to leukemia, which he faced with serenity and offering to suffer for the Pope and the Church. He was marked by profound piety from an early age, made his First Communion, with special permission, at the age of seven. A teenager with daily Mass and Rosary, he developed a love that was very much alive for the saints and for the Eucharist. Rich in human talents, he was good at sports and very gifted in computer science, so much so that, as a teenager, he created a digital exhibition on Eucharistic miracles that one can still find online. Growing up in a multi-ethnic neighborhood, he was able to make friends with Hindus, Buddhists and Muslims. With them, as with his classmates, he never concealed his choice of faith.

Some of his mottos are known and meaningful: "Not me, but God", "We are all born original, many die as photocopies." "The Eucharist is my highway to Heaven." "If people understood the importance of Eucharist there would be churches so crowded that one be able to enter."