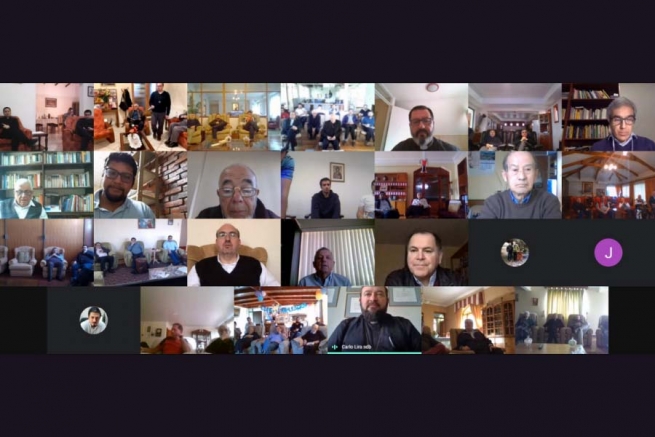 (ANS - Santiago) - The celebration of the 2020 Provincial Day for the Salesians of Chile included a digital conference on the life and work of Don Bosco's VII Successor at the head of the Congregation, Fr Egidio Viganò.

This appointment of communion and formation among the Salesians from all over the country took place on the afternoon of Monday 28 September in the context of the centenary of the birth of Fr Viganò (Sondrio, 26 July 1920) and in the 25th year of his death (Rome, June 23, 1995), and because of his very strong bond with Chile, a country where he arrived in 1939, at the age of 19, as a missionary still in formation, and where he remained until 1972 – obtaining, moreover, Chilean citizenship in 1958.

At the opening of the event, the Provincial of the Salesians in Chile, Fr Carlo Lira, welcomed all the Salesians who connected online from various parts of the country and said: "I invite you to give thanks for the many confreres who have given their lives for the mission entrusted to us by Don Bosco. May we always be up to the needs of young people."

"I consider the life and work of Father Egidio a special gift from God, a sign for the Congregation. He contributed to the formation of numerous diocesan priests, was an expert advisor for the Episcopal Conference and was the author of numerous articles on theology. His contribution to consecrated life touched, in particular, the clarification of the concept of charism, the opening of the Church to the participation of the laity, participants in the same charism of Don Bosco and in his mission," the cardinal observed.

The third and last speaker was Fr Sergio Cuevas, who highlighted the relevant aspects of the magisterium and the action of Fr Viganò: the great tasks promoted in his long rectorate, the Africa Project, the promulgation of the new constitutions of the Congregation and what he delivered in his preaching to the clergy of Santiago and to the Roman Curia. "I emphasize in him the richness of his conscience, the strength of his faith and his great acceptance of God's will," he underscored.

"The example of Father Viganò allows us to discern the signs of the times, to respond to the people we live with. May the grateful memory of the history of our Province inspire us to continue making progress towards the future", declared the Provincial in concluding the event.

Source: Salesian Communications of Chile – (the complete reports of the speakers are also available)