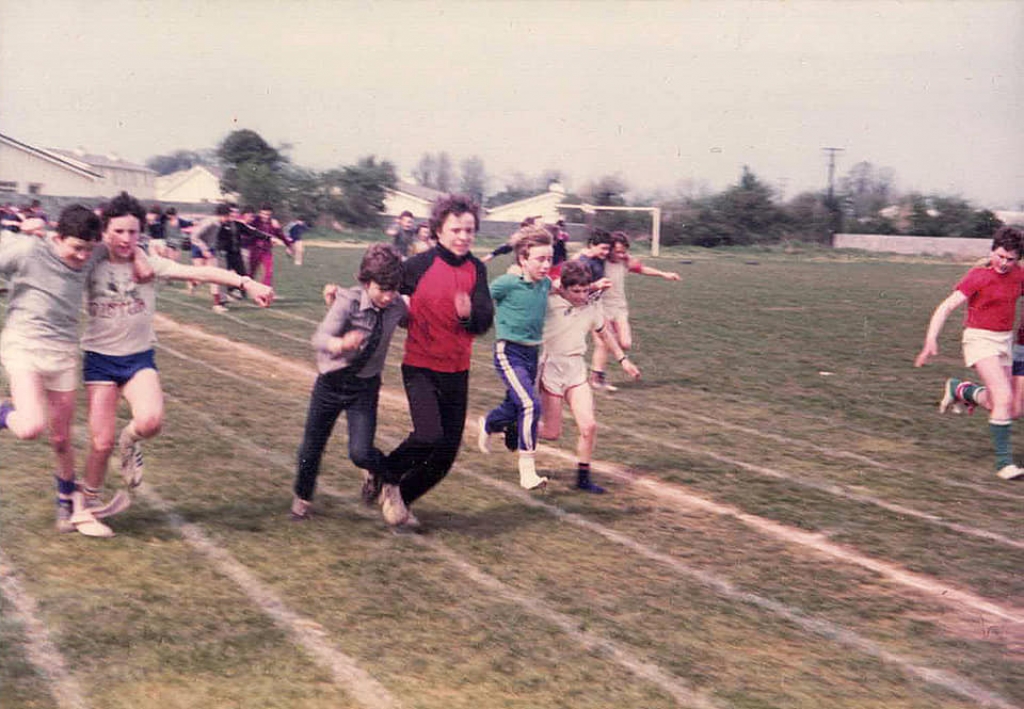 Celbridge, Ireland - 1980s - On the occasion of the celebrations for the 40th anniversary of its foundation, the "Salesian College Celbridge" has published, on its Facebook page, some historical photos of sporting events that have involved the school's students. In this image, a group of young people is running the traditional "Road Race", the race held in October and in which the entire school community has always participated. The event, supported by the Parents' Association, also involves school staff. Over the years, the race has also been won by Mark Kenneally, an Irish athlete who participated in the 2012 Olympics in London.