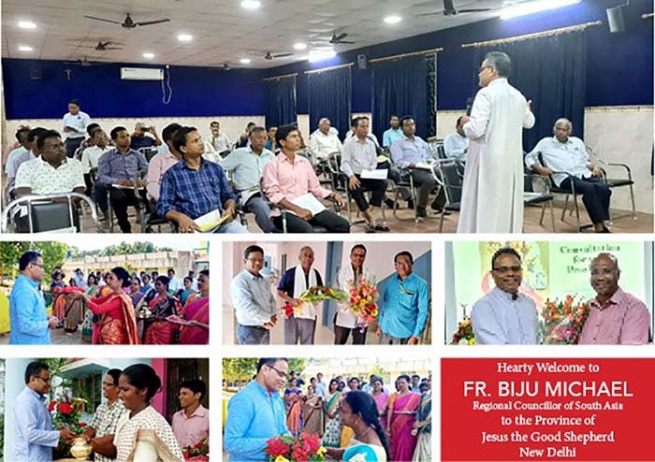 (ANS – New Delhi) – Fr. Michael Biju, the Regional Councillor for South Asia, arrived in Ranchi on 12th October, 2020 and visited all the communities in Chotanagpur starting with “Don Bosco Kokar” in Ranchi and concluding in “Don Bosco Jharsuguda”. All the Salesian communities in Jharkhand, Chhatisgarh, and Odisha went out of their way to show their love and hospitality and welcomed the Regional Councillor with the traditional washing of hands, giving him the shawl of honour and bouquet of flowers accompanied by cultural songs and dances.

Fr. Biju, the Regional Councillor for South Asia, on his maiden visit to the Province of New Delhi animated groups of communities in convenient places like Kokar (Jharkhand), Gumla (Jharkhand), Kuarmunda (Odisha) to discern the choice of leadership in the Province.