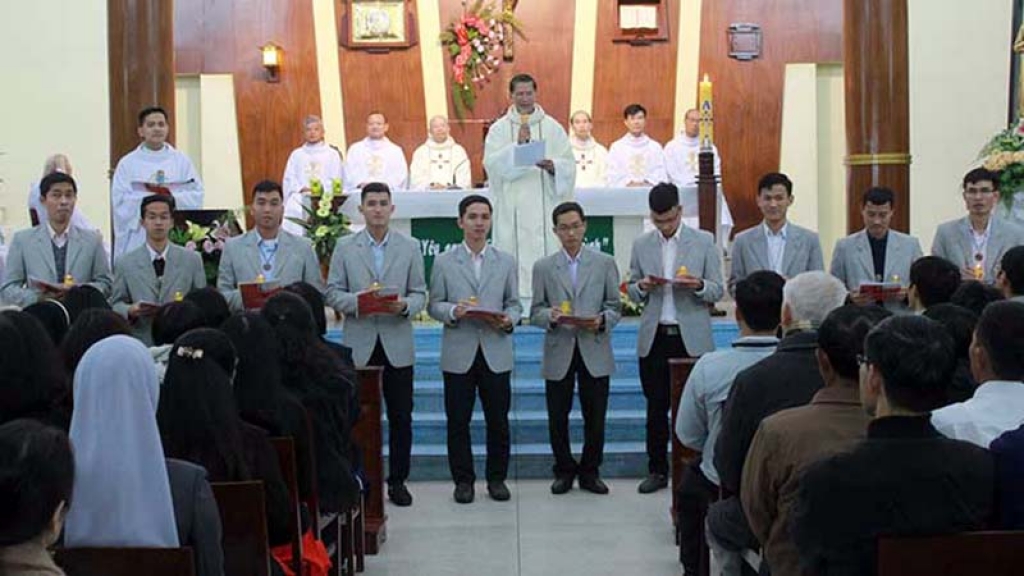 Dalat, Vietnam - 29 October 2020 - The feast day of Blessed Michael Rua, as per tradition, was celebrated in the post-novitiate community of Vietnam with an academy on the eve of the anniversary and a Mass on the morning of the feast day. As every year, the parents of the first year post-novices were invited to participate in the event. During the Mass, 8 post-novices of the third year presented their application for the missio ad gentes and another two for the missio intra gentes. This rite marked the first formal step that will then be evaluated by the Provincial Council and the General Council to confirm their missionary vocation within the Salesian vocation. The Rector Major, Fr Ángel Fernández Artime, sent a message of encouragement highlighting the mission needs in the world and praising the generosity of these young Salesians.