RMG – From sowing to waiting for fruit: the 10 video-seeds project explained from the inside 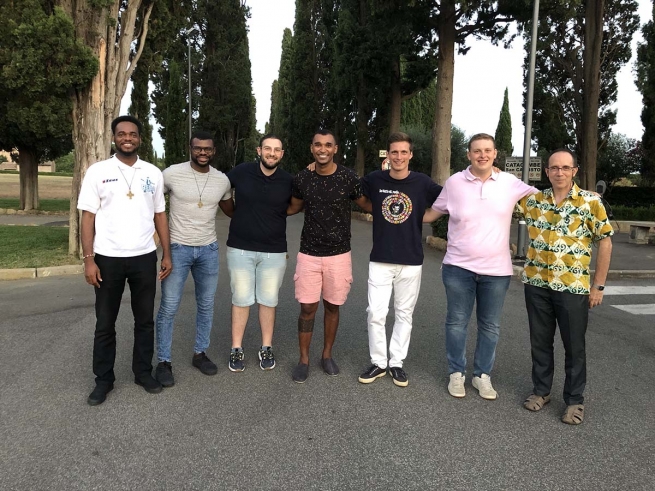 (ANS - Rome) - To support reflection in Salesian formation houses regarding the text "Young Salesians and accompaniment - Orientations and Guidelines", the Department of Formation launched, starting last September, the initiative of 10 video-seeds which are distributed on the web on a monthly basis. While waiting for the third seed, which will be "tossed" in the coming days, Fr Silvio Roggia, of the Department of Formation, explains the aims and tools of the initiative in detail.

What fruits does the Department expect from the 10-seeds initiative – and of the related document's study?

What is being carried out in these months following the GC28 is the dissemination of processes that have already involved the whole Congregation to varying degrees. The fruit expected from the document on accompaniment is a profound and lasting renewal of our formation - which permanently concerns all the confreres in every season of their lives - starting from the initial formative journey.

What is the level of involvement of young Salesians in the processes activated by the initiative?

The involvement of young Salesians is both the methodology followed and the objective to which it is aimed. The video-seeds, in fact, are made by young novices and confreres who come from different countries. The fact that they are 3-minute seeds depends on the possibility of being shared through social networks, the communication channels most used by young people. The feedback we receive is encouraging.

How did you arrive at the methodology adopted for this process - global research, elaboration of a text, dissemination with video…? Is it a replicable path?

The research that led to the involvement of over 4,000 participants from all the Provinces was requested by the international seminar promoted by the Departments of Youth Ministry and Formation in April 2016. The draft of the text approved by the Rector Major and the Council was the 28th: this says something about the elaboration process that the text has had. The idea of ​​dissemination, focusing each month on intense and relatively short units, was proposed by the young confreres, as was the methodology of the 3-minute videos. And the questionnaire that is at the heart of the research from which this whole process has come to life has been designed in such a way that it can be re-proposed in a few years, at least at the regional or provincial level, to examine the variations to which this journey is also contributing being carried forth together.

How important are social networks today to reach young Salesians?

I reply by quoting paragraph 91 of the document: “For us, social communication is a field of action that falls within the apostolic priorities of the Salesian mission (C 43). … Pope Francis invites us to trust young people: 'Young people, however, are capable of creating new forms of mission, in the most diverse areas. For example, since they move so well in social networks, it is necessary to involve them so that they fill them with God, with fraternity, with commitment'"(CV 241).