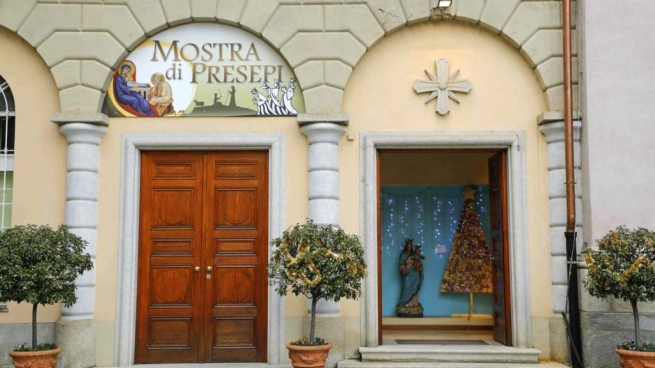 (ANS - Turin) - “The enchanting image of the Christmas crèche, so dear to the Christian people, never ceases to arouse amazement and wonder. The depiction of Jesus’ birth is itself a simple and joyful proclamation of the mystery of the Incarnation of the Son of God. The nativity scene is like a living Gospel rising up from the pages of sacred Scripture.” So writes Pope Francis in the opening words of his Apostolic Letter Admirabile Signum. And it is for this reason and with this spirit that the tradition of the Exhibition of Nativity Scenes in the Basilica of Mary Help of Christians is renewed again this year in Turin. With a novelty: that this year it will be open to visitors online, in order to offer anyone who wishes the opportunity to share the pleasure of the nativity scene in a free and open manner.

The Exhibition of Nativity Scenes in the Basilica of Mary Help of Christians was born from an idea of ​​Fr Mario Morra who, for numerous editions, managed the initiative, then followed in 2016 by Fr Alberto Guglielmi who organized the exhibition according to geographical areas: Asia- Oceania, Africa, America, Europe. Renzo Bailo, in charge of the volunteers of the Basilica of Mary Help of Christians, is carrying on the tradition trying to innovate it by creating collaborations that vary from year to year, under the supervision of Fr Cristian Besso.

On 8 December, the Solemnity of the Immaculate Conception of Mary, Msgr. Cesare Nosiglia, bishop of the diocese of Turin, in addition to blessing the nativity scene in the Basilica, visited the interior of the Exhibition of Nativity Scenes to greet the nativity scene makers of the XXI edition.

“This year's collection features three installations dedicated to Don Bosco,” explain the curators of the exhibition. “In iconic form, they represent three fundamental aspects of his experience of faith: the special relationship with his mother, Margherita, his poor origins at the Becchi, the devotion to Mary in the name of Help of Christians. Admiring the 'Salesian'  crèches we can relive the atmosphere of the young people gathered in Valdocco around Saint Giovanni Bosco in anticipation of Christmas.”

The online visit presents an extensive photographic and descriptive report of each location, so as to allow each visitor to relive the joy of Christmas that each nativity scene transmits, in a mixture of different styles and materials.