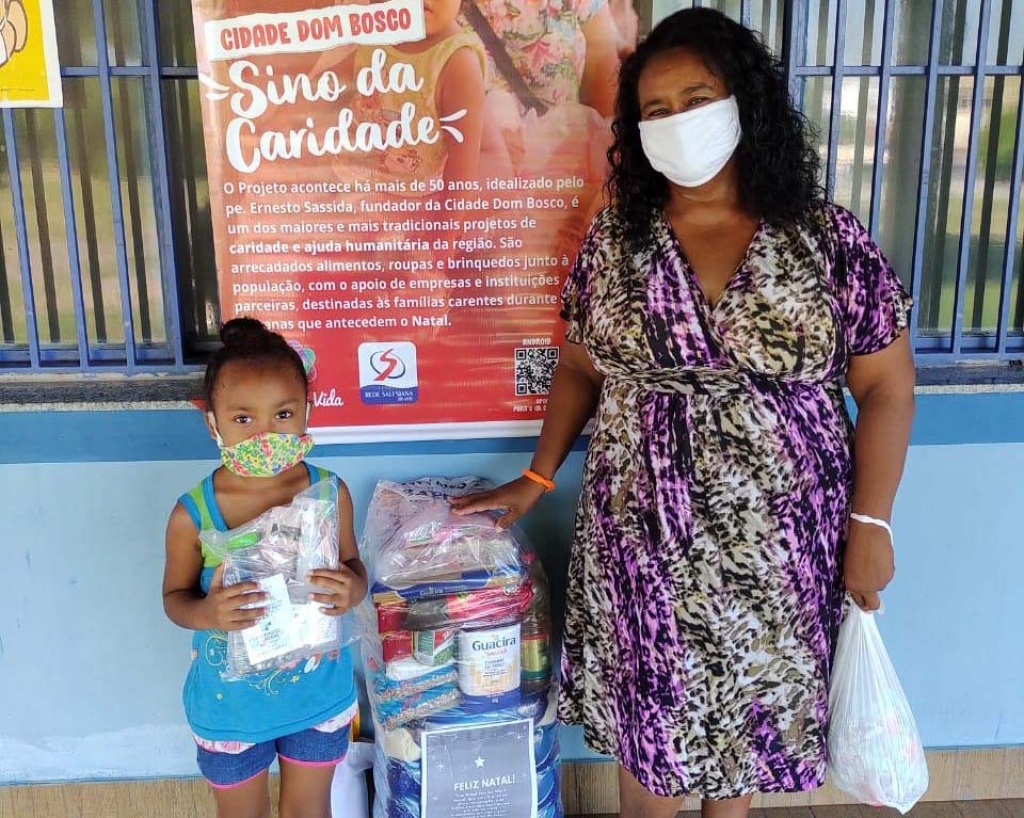 Corumbá, Brazil - December 2020 - The "Sino da Caridade" project, Bell of Charity, so called when it was created more than 50 years ago by Fr Ernesto Sassida, SDB, as he promoted it with the tolling of two bells, this year has had the support of the Municipal Social Assistance Fund project. The "Bell of Charity" is one of the largest and most traditional humanitarian aid and charitable projects in the Corumbá region which takes place over the Christmas period. In addition to food, clothes and toys collected from the population were distributed to families during the weeks before Christmas, with the support of partner companies and institutions in the project. With the basic necessities collected at the Salesian house "Cidade Dom Bosco", 150 food baskets were packed and distributed to needy families on 18 December. During the year, more than 900 food baskets were distributed to families in need.