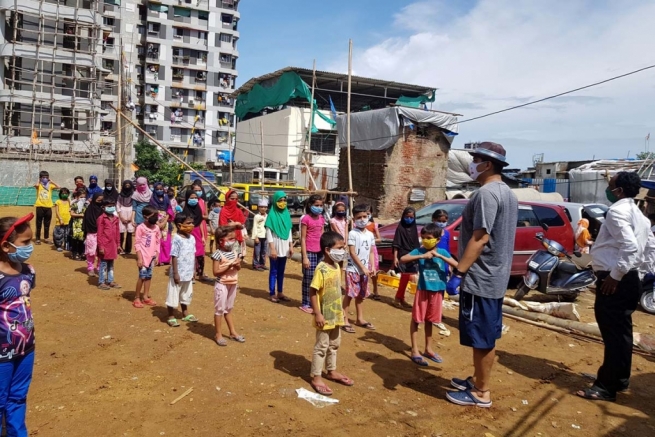 (ANS - Turin) - Yesterday, January 24, the third edition of the International Day of Education was celebrated. The anniversary was established by the United Nations with the resolution passed on 3 December 2018 and aims to reaffirm the crucial role of education in building sustainable and resilient societies. But due to the pandemic, the global scenario is very worrying: it is estimated that school closures in 180 countries have left 1.6 billion students at home. A generation of young people sees the opportunities for formation in the various skills and interpersonal relationship skills between peers and adults reduced to a faint glimmer.

The December 2020 report on the state of education in the world prepared by the World Bank reports that the number of children deprived of the opportunity to receive an education has dramatically increased. Out of 720 million children of primary school age, educational poverty affects 382 million children. And Covid-19 could increase this figure by another 72 million.

Different measures were taken to avoid blocking teaching. But one fact is certain: distance learning - from online education to radio programs, from educational television broadcasts to educational material delivered to families' homes - cannot replace face-to-face learning and, above all, has failed to reach everyone, especially in the real life of the more disadvantaged and poorer students.

Emblematic is the case of India, where 445 million minors attend schools of all levels. Already at the beginning of the pandemic, Salesian schools readied themselves and in a few days they were able to set up a network of tools to reach students who had at least one computer or smartphone at home to access digital school materials. Unfortunately, in some homes it is only possible to do this when the parents return from work, as only the father or mother in the household has a cell phone.

In rural areas, moreover, where students do not have any tools to follow the lessons, the Salesians have decided to create teams of volunteers, teachers and children who have finished their studies who, with masks and disinfectants, have brought the school to the street, near the houses of the boys and girls, in open, safe and accessible places.

"Our priority is to be on their side: boys, girls, teens, the youngest," say Missioni Don Bosco, the Salesian Mission Office of Turin.

International Education Day coincides with the feast day of Francis de Sales, the saint to whom Don Bosco anchored his mystique, translating it into an educational method still practiced in 134 countries around the world. It remains an opportunity to reaffirm that education is a human right for everyone and to point out that the Salesian Congregation will never cease to commit itself to supporting minors in building their future.