Democratic Republic of Congo – A memory of Ambassador Attanasio, killed on his way to visit relief and development works 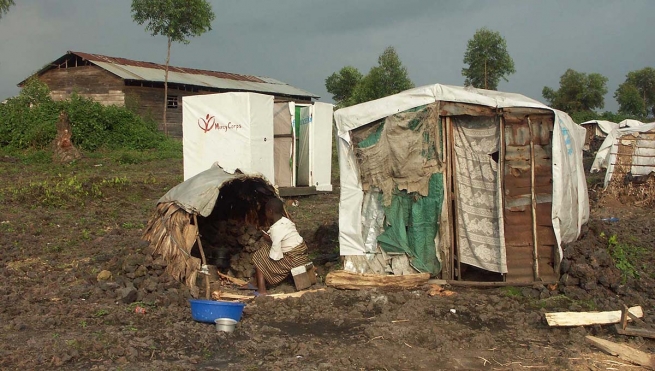 (ANS - Bukavu) - The news of the killing of the Italian ambassador Luca Attanasio, of the carabiniere, his police bodyguard, Vittorio Iacovacci, and of his driver, Mustapha Milambo, has had much media attention. Fr Piero Gavioli, an Italian Salesian missionary active in the country for 55 years, and who had met Attanasio just two days before the attack, offers an affectionate memory of him, along with some considerations.

On Saturday 20 February, Luca Attanasio arrived in Bukavu from Goma. On the way from Goma to Bukavu, they stopped to visit some of the World Food Program (WFP) projects for the displaced (circa 5 million people in the country, mainly women and children).

At 4:30 pm, the ambassador had an appointment with the small Italian community of Bukavu (about 25 people, almost all religious) at the provincial house of the Xaverians. As ambassador, Attanasio visited his compatriots at least once a year, making himself available to those who had to renew their documents, to spare Italians residing in the East an expensive trip to Kinshasa.

This time too he was very cordial: he gave us news of Kinshasa (where he and his family were victims of Covid-19), he asked us for news, he let the Deputy Director of WFP, Rocco Leone, speak to us, he introduced us to Vittorio Iacovacci, the carabiniere, his bodyguard, he promised that he would look into ensuring that there was a consular representative in Goma ... Then we attended a reception, I greeted him with the promise that next time he was to visit our school of trades… We parted; the next day he left for Goma where he had to meet the Italian community. I think on Monday he was headed to visit other WFP-assisted centers north of Goma.

I allow myself two considerations. An assassinated Italian ambassador makes headlines. In North and South Kivu there are hundreds of people who are killed every year by armed groups. Unfortunately, they do not make the news ... We hope that this assassination pushes the authorities to take measures to pacify our region and all of Eastern Congo.

In various regions, armed groups recruit their fighters from among young people from the interior, who live in misery and have no prospects for a future. A few years ago, when I was in Goma, the teachers had started a strike movement for wage claims. Some older boys, who had been in the armed groups, threatened them: if you don't let us study, we shall go back into the bush. The pacification of eastern Congo will come when there are conditions for life and development for all.

Ambassador Attanasio was very sensitive to this aspect, and was killed while he was on his way to visit relief and development works.

In their own small way, the Salesians in Goma, Bukavu, Uvira welcome vulnerable children into vocational schools who could, otherwise, be attracted by armed groups. We offer them a trade and a prospect for the future. It is our contribution to building peace in eastern Congo.