Italy - Law on oratories in Puglia: "Now is the time of the Oratory" 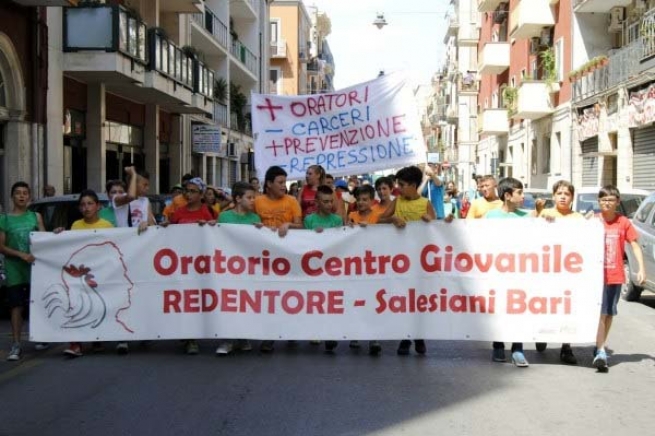 (ANS - Bari) - At the sitting of the Regional Council of Puglia of 21 June a law was approved for the "recognition, enhancement and support of youth work in the oratory". "This is the culmination of a battle that has lasted about 10 years," said Fr Francesco Preite, Director of the Salesian oratory-youth centre of the Redeemer in Bari.

Until a few days ago there was an inexplicable lack of legislation in Puglia. Despite a national law (n. 206/2003) that recognized, enriched and promoted the educational, training, and social work "of the parishes and other religious institutions” in social policies, precisely through the oratories, the rules drawn up by the Apulia Region to enforce that law do not explicitly mention the oratories and there was no law that specifically recognized the oratories as a bridge between the Church and the world, unlike almost all the other Italian regions.

"The oratories in Puglia contribute to social welfare. Many people who attend the oratories in Puglia can testify to the ability, involvement, strength and passion for education of many volunteers, and the unconditional acceptance of every young person in the territory. They can tell of interesting educational activities (Summer activities for young people, Summer Camps, socio-educational training, sports, music, theatre, dance, educational projects and local development, etc.). There are stories of growth and hope often in territories marked by degradation, violence and crime," said Fr Pasquale Cristiani, Provincial of the Salesians in Southern Italy.

The Salesians contributed directly in speeding up the progress towards the recognition of the oratories. On 19 October the Governor of the Region of Puglia, Michele Emiliano, signed the draft law and the legislative process was concluded last Tuesday in the presence of the Rector Major of the Salesians, Fr Ángel Fernández Artime. This happened during an evening entitled not surprisingly "Now is the time of the Oratory" which was organized to mark the conclusion of the bicentenary of the birth of Don Bosco.

In Puglia there are Salesian oratories in 11 municipalities offering social inclusion, education and support for families and young people.