RMG – Salesians say No to Drugs 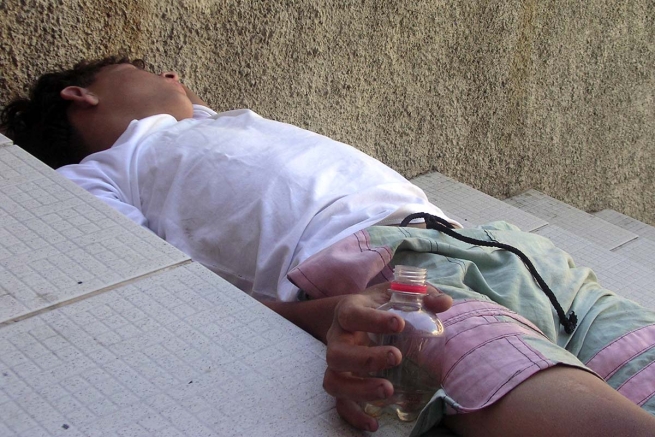 (ANS - Rome) - In one of his articles on the drug problem, E. Santangelo wrote “Silence is complicity.” On 26 June we celebrated the International Day of the fight against drug abuse and illicit drug trafficking. However, many newspapers around the world have ignored this issue which destroys millions of lives. "The scourge of drug trafficking,” said Pope Francis “promotes violence, suffering and death, and requires an act of courage by the entire society." The Salesians are well aware of this and in fact they draw attention to the problem. In working with adolescents and young people, this is not just a difficulty to be dealt with, but a misfortune which affects many families.

Ban Ki-moon, Secretary General of the United Nations, has said: "On this International Day of the fight against drug abuse and illicit drug trafficking, I invite countries and communities to continue to improve the lives of all the people destroyed by drug abuse, combining protection and public safety with greater attention to health, to human rights and sustainable development."

In Chile, young people who attend the Salesian centre in Copiapó reflected on the theme of prevention of drug use. "In light of the educational policy of Don Bosco's Preventive System the Salesians offered young people an opportunity to reflect and share their experiences in the field of drug prevention".

Another interesting experience will be held in the coming days at the Don Bosco Sports Centre of Cannara, where the Salesians and the Daughters of Mary Help of Christians, in collaboration with physicians and institutions that promote the prevention of this scourge, will invite hundreds of young people to reflect on the theme "Doping, drugs and teenage years. What can be done?"

To forget this International Day against drug abuse and illicit drug trafficking is to forget the problem of thousands of teenagers and young people who have been destroyed and have destroyed their families, their projects and their future. The Salesians cannot turn their back on this harsh reality that affects so many young people.