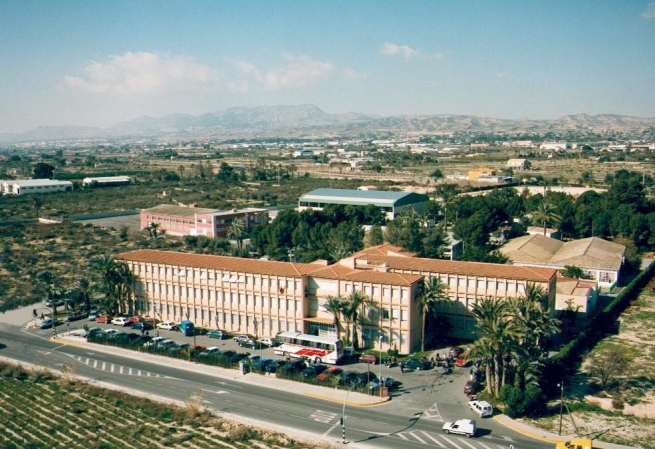 (ANS - Elche) - The Salesian center "St Joseph the Artisan" in Elche, which offers secondary school, baccalaureate and vocational training, is celebrating 50 years of work this year at the service of training young people to the benefit of local businesses, to which it offers technically and humanly qualified people. "Decades of constant educational work, with the Salesian style that is our trademark," summarizes Fr Miguel Gambín, director of the Salesian house.

In these 50 years, many things have happened at the Salesian center that are worth mentioning. And Fr Gambín adds: “The persistence of an educational center for fifty years means talking about thousands of young people who have passed through its classrooms, its courtyards and its premises, and who have brought with them a baggage of training, shared dreams and hopes that will stay with them for life. Moreover, during these years many young people have been inserted into the job market, and have managed to find a place in the world, even if they have everything against them.”

To commemorate the 50th anniversary of its foundation and to celebrate its bond with the citizenship, the Vocational Training Center has decided to offer a monument to the city of Elche. Specifically, it is a 1.80 meter high statue of the "Lady of Elche", made with metal sheets welded by the students of the Mechanics course.

The proposal for this gift was formulated to the mayor of Elche, Carlos González, during a visit that he granted, last March 17, to Fr Gambín and to the management team of the center, made up of the heads of the Vehicle Sectors, Administration and Formation Cycles.

It was thus decided that next May 6 will be the day of the solemn celebration of the fiftieth anniversary of the work, and that on that occasion the mayor will visit the Mechanical Department of the institute; then, a commemorative plaque will be unveiled; finally, the sculpture of the Lady of Elche will also be unveiled, which will have its permanent home in the rotunda in front of the institute's entrance.

The mayor of Elche also thanked students and teachers for the implementation of these initiatives; while the Director of the Salesian house thanked the City Council for their collaboration and concluded by saying: “There is a lot to remember, to continue dreaming of the future.”