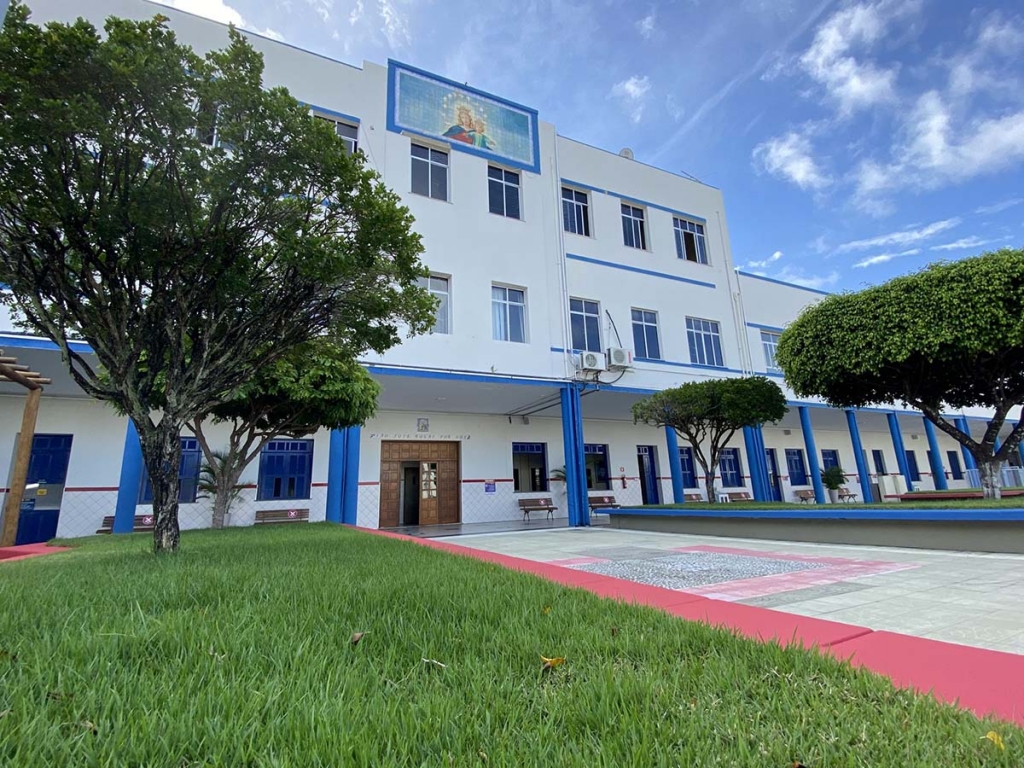 Aracaju, Brazil - April 2021 - On March 19, 1902, the Sons of Don Bosco began their educational and pastoral work in São Cristóvão, with the "São José" Agricultural School, which in March 1911 was transferred to "Rua da Aurora" (today Av. Ivo do Prado) in Aracaju, to function as a primary and secondary educational institution with also an internship. After the consolidation of the pedagogical-evangelizing project in the city, the Salesians began work on the new and definitive headquarters of the "Nossa Senhora Auxiliadora" institute, in "Rua São Paulo", today "Rua Dom Bosco", in the Suissa district. Currently, the institute, with the strength and tradition of the "Brazil Salesian Network of Schools", is consolidating itself as one of the large educational complexes in the country able to harmoniously combine tradition and innovation through creative and modern projects and disciplines.