Myanmar – To stand by the beloved people of Myanmar 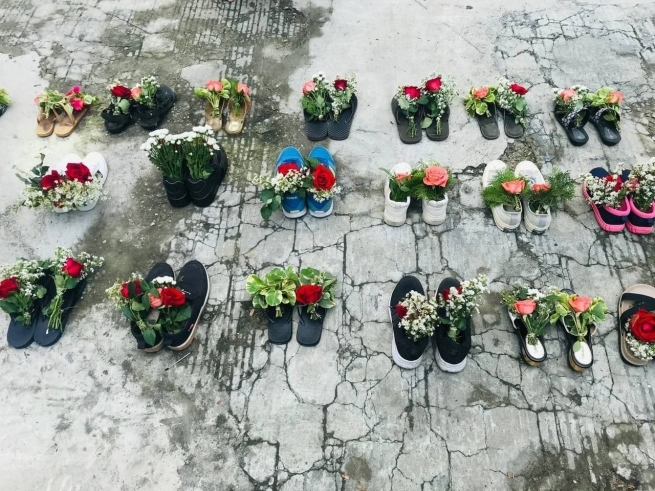 (ANS – Yangon) – After three months of Myanmar's people struggle for peace, democracy and a dignified future since the military coup, many may have already forgotten their cause. But the international movement of effective solidarity is ongoing.

Even the ASEAN leaders failed to agree on some viable support from the 10 country South-East Asian nations block, and the international society and other Asian countries show only timid signs of concrete support for this struggling people. The number of victims rose (April 29) to 759 civilians and the number of people imprisoned by the military junta is more than 3400 (Source: Assistance Association for Political Prisoners - Burma).

In the meantime, the NGU (New Government of National Unity) is getting more organized and visible both in Myanmar and abroad, while the response of the military continues and the supporters of the CDM (Civil Disobedience Movement) has been relaunched with enthusiasm - a new wave of protests against the military junta and its coup. They are asking people to stop paying for electricity, loans for agriculture, to stop sending their children to school. The new campaign will further torpedo the national economy, already weakened by civil disobedience strikes.

The appeal addressed by the EAO Salesian Family to sustain the poor people in this country, especially the fundraising in South Korea and Thailand brings some important fruits. The Association of Major Superiors of Thailand jointly with the Chang Mai Bishop Francis Vira, launched concrete aid for the Karen refugees crossing the border from Myanmar to Thailand (MaeHeongSon) with real commitment.

From Myanmar Salesians, we hear that .... “We are fine. The clashes are still ongoing and just last night (April 26, Editor's note), around 10 pm, there was one on the road in front of our community, but none of us was harmed. It seems that the military were after some activists...” In another community with a boarding house facility, the Salesians restarted daily Eucharistic adoration jointly with Salesians and boarding students.

This is a long-term struggle. Without being able to visit and sustain the Salesian family members in Myanmar, it's possible only to say: “We stand by you, dear people of Myanmar’' and “our prayers and solidarity continue!”

During these weeks before the Mary Help of Christian feast, this is a special intention of prayer!