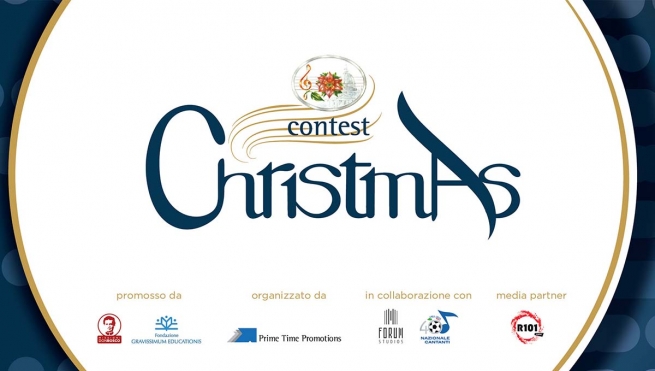 (ANS - Vatican City) - On Wednesday 28 April, in the Marconi Hall of Vatican Radio, the press conference was held for the presentation of the "Christmas Contest", a music competition sponsored by the Italian Society of Authors and Publishers (SIAE) and promoted by “Missioni Don Bosco” and the Pontifical Gravissimum Educationis Foundation. The initiative, in support of the charity project "Congo is the heart of Africa - help us make it beat", includes a singing competition aimed at young people aged between 16 and 35, called to propose an unpublished song on the Christmas theme, and to compete to perform, together with the great artists of Italian and international music, at the Christmas concert 2021 in the Vatican. The Rector Major of the Salesians, Fr Ángel Fernández Artime, also spoke at the press conference.

There are three categories: text, music and performance. From folk to rock, from blues to reggae, from gospel to rap, the boys and girls, the young artists, have carte blanche; the only rule of the competition is to write an unreleased song inspired by Christmas and its values: life, love, peace and light.

Inspired by the words of Pope Francis addressed to the artists of last year's Christmas concert in the Vatican: "Even in the bewilderment caused by the pandemic, your creativity can generate light", the Christmas Contest boasts important collaborations, including the "Forum Studios ”, the “Nazionale Italiana Cantanti” and the “Radio R101”, who will broadcast the final evening.

A competition in which Missioni Don Bosco believes very much, because, as Fr A.F. Artime recalled during the press conference: "Young people can transmit light with their creativity and their dreams" and it is important to "convey a little fresh air in a time marked by so much disheartening news".

The charity competition aims to support two projects in the Democratic Republic of Congo: the "House of Peace in Kikwit", supported by the Pontifical Gravissimum Educationis Foundation, a training and human promotion center where all sectors (training, social, health , economic and agricultural) share an integral educational approach; and the vocational training center of Masina, supported by “Missioni Don Bosco”. The Salesian mission, present in a peripheral area of ​​the most populous district of the capital Kinshasa, currently welcomes 224 students who come from extremely poor families, often young street children. The center offers courses in carpentry, welding, mechanics, construction and pastry-making, as well as training courses in culinary arts and renewable energy, and represents a concrete opportunity for the future of this country's children. Because the only possible way for the rebirth of Congo is to start afresh from Congolese girls and boys!

To read the regulation, send the unpublished piece and aspire to participate in the Christmas Concert in the Vatican, broadcast in prime time on December 24, 2021, visit the website: www.christmascontest.it

The deadline for registration is set for July 31st by 24.00.