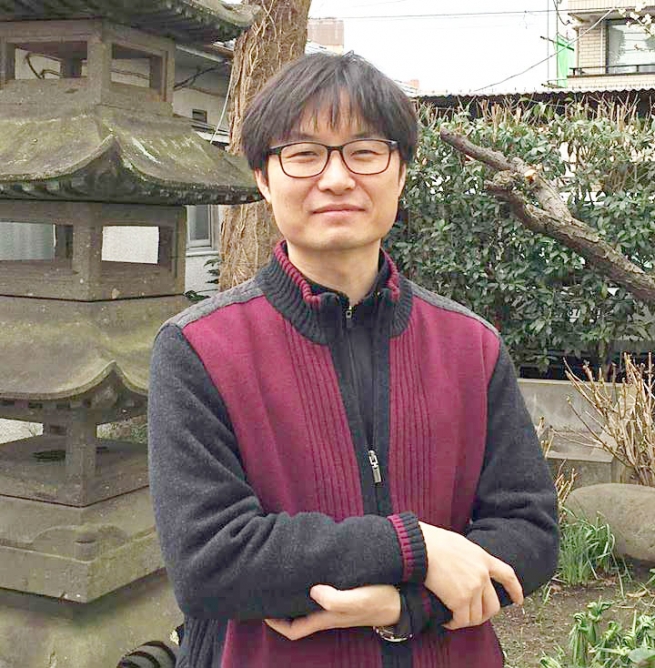 (ANS - Seoul) - After five years in Japan as a missionary, the Korean Fr Andrea Chang returned to his Province of origin and was assigned to his hometown, Busan, in the community of Song-do, the birthplace of the late Fr John Lee. In the May edition of the Korean Provincial Newsletter, Fr Chang shared some of the lessons learned over the past five years.

“Looking back after five years of my missionary stay in Japan, honestly, I share mixed feelings,” Fr Chang explains. “Was it too long or too short? After my arrival home, one senior confrere asked me, 'Your three years in Japan passed so fast?' But it was not three years, but five, three spent in Tokyo studying the Japanese language,” he continues.

After studying Japanese, not uninterruptedly, two of which spent in the Chofu community and one in Meguro, Fr Chang began his pastoral life. As he himself writes: “it was not an easy time to adjust to the different culture in the community and among the young people. The 'wall' of language became higher than I imagined at the beginning. Although I was slowly adjusting to the language, there was a need of another extra energy to adjust to the culture in pastoral work. Since I didn't have any teacher's license, I could not be assigned to the school, so I was sent to two different typical pastoral communities: first Meguro and then Beppu,” he explains.

Fr Chang then focused on the changes found in Japan. “Although the mission in the Japan Province was not easy for me, I have experienced a Province that is changing,” he said, “both in the fraternal community life as well as in the effort to enter more deeply into the mission for poor young people. If in the future another Korean confrere would like to have a good experience of Salesian life in Japan, my difficulties, success or failures may become a meaningful point of departure for him ... I believe that any confrere would benefit from my missionary experience in Japan.”

Finally, the Korean missionary said he was very grateful for this experience and wished to thank all those who supported and accompanied him in Japan, and all those who helped him with their prayers in Korea. Japan and Korea, he recalled, are two Provinces close to each other, with a language in some ways similar and each Korean confrere, opening his heart to a missionary experience in Japan, would draw great lessons and a profound experience.