Nepal - Rebuilding schools and planning for the future 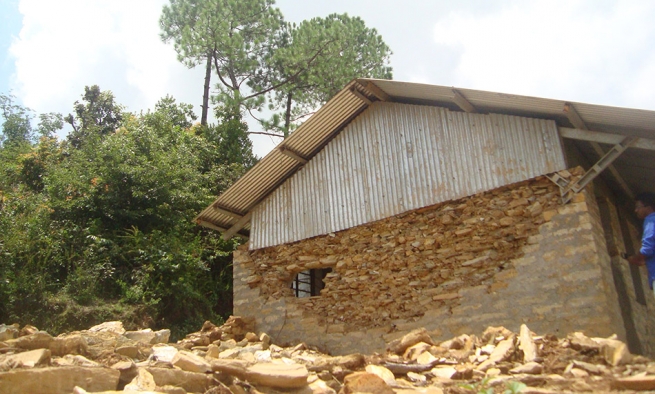 (ANS - Kathmandu) – In the year 2015, Nepal, whose name we associate with Mount Everest, the highest mountain in the world, had suffered the worst earthquake since 1934. There were more than 7000 earthquake victims and the material damages were very heavy. This country has a population of 27 million inhabitants, with an extreme poverty rate of 24.8% while illiterates form 57% of the population. These are numbers that speak of a hidden and disturbing reality. In the face of all this, the Salesian NGO "Don Bosco Network" continues its efforts to help rebuild the basic structures and to strengthen the country's future: the schools.

The "Don Bosco Network" provides assistance to the population. It's been over a year since the earthquake that devastated much of the country, and "there are still many families in small isolated villages, in which the Salesians continue to bring assistance with food, water filters, galvanized roofing and plastic waterproof fabrics to protect themselves from the rains."

The Salesians moved to these places to conduct a survey of the condition of the buildings and start preparations for the procurement of materials and preparation of the equipment, so that once the rainy season has passed, it is possible to start rebuilding these centers without delay and thus allow the children and young people in these more isolated places to have class activities in suitable structures and free of hazards.