Dominican Republic – Salesians carry out campaign in favor of children 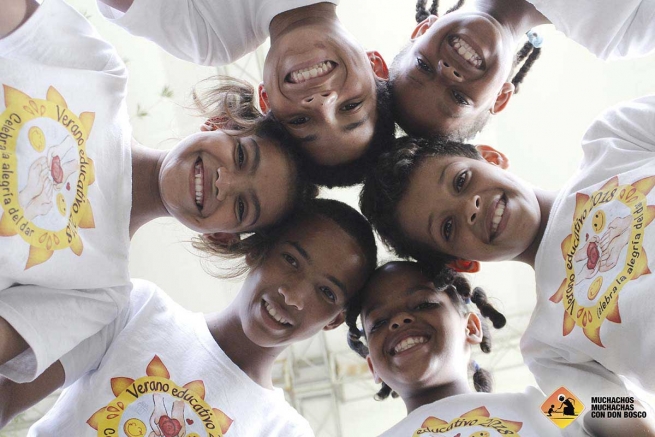 (ANS - Santo Domingo) - As part of the month for the prevention of abuse and mistreatment of children, the "Muchachos y Muchachas con Don Bosco" Network, an institution with a history of 35 years of work in favor of children and more vulnerable adolescents, promoted by the Antilles Province (ANT), launched the "Protect childhood" campaign, in order to prevent and raise awareness among the population of the Dominican Republic on a problem that is unfortunately very present in the country, if it is true, as the statistics report, that 62% of children and adolescents between 1 and 14 years of age are victims of abuse or maltreatment.

As part of this initiative, workshops, forums and other activities were also held to raise awareness of these evils, learn to cope with them and share the message that reducing and eliminating them is everyone's responsibility.

The first forum was held with the participation of UNICEF, and presented "The current reality of childhood in the Antillean country: challenges and tasks to guarantee the rights of children and adolescents"; the second forum was held with the support of the National Council for Adolescence and Childhood of the Dominican Republic (CONANI), on the theme: "Public policies in favor of children: tasks and challenges for their implementation"; a third forum instead served to share "Good Practices" and saw the collaboration of various institutions that are part of the Coalition for Children.

The workshops, on the other hand, addressed issues such as "Child labor as a form of child abuse", "Good treatment" and "Prevention of child abuse in care centers for vulnerable children, adolescents and young people", and saw the participation of industry experts.

The "Muchachos y Muchachas con Don Bosco" Network (MDB), during these 35 years of work in favor of Dominican children, has directly accompanied more than 60,000 children, adolescents and young people, coming to directly touch the lives of over 25,000 families, and indirectly benefiting more than 150,000 people.

The Dominican Republic faces major challenges to protect children from violence, abuse and exploitation. For this reason, the "Muchachos y Muchachas con Don Bosco" Network, as an institution that ensures the promotion of children's rights, seeks with this campaign, through the Preventive System of Don Bosco, to raise awareness, educate and inform the population about everything they must know to prevent abuse and mistreatment committed against children.