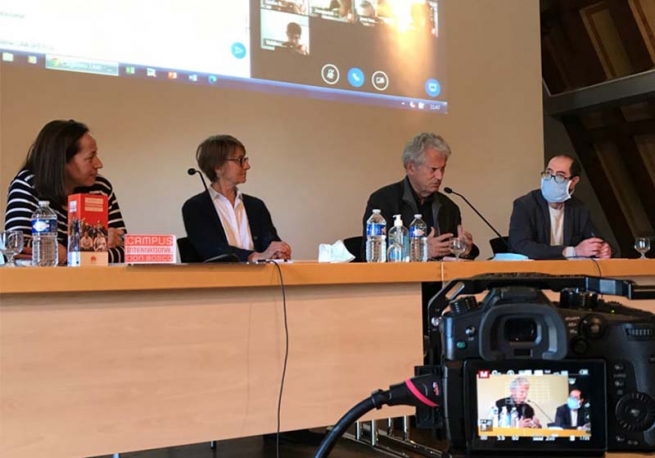 (ANS - Lione) - Three years ago, during a meeting in Gradignan, the "Don Bosco Action Sociale" network (DBAS) was set up, designed to bring together in a single body all those associations active in the social sector that refer to the pedagogy of Don Bosco: the "Don Bosco" Institute of Gradignan, the "Valdocco" association that works in 12 sensitive neighborhoods, the AEPCR, engaged in the 20th arrondissement of Paris, the "Fondation du Bocage" in Chambéry, the AIFST in Caen ... In total, 16 associations decided to join the network for a total of 65 structures involved. Three years later, in Lyon, the network's second meeting, which made it possible to measure the progress made.

The network now includes 24 associations and 80 structures in four countries: France, Belgium, Switzerland, and Morocco. And the growth continues, with, for example, the "Lakou Bosco" association, created on the outskirts of Pointe-à-Pitre, in Guadeloupe, in the Caribbean, which is one of the most recent additions.

“We benefit from the strength of our international network. 'Don Bosco' is the first NGO in the world dedicated to the themes and problems of education,” said Fr Jean-Marie Petitclerc, Coordinator of the DBAS network.

Speaking of the originality of this organism, the Salesian affirms that it resides "in our desire to reconcile a Christian inspiration, benevolence - in the double meaning of wanting good and taking care of the little ones - with respect for secularism, philosophical and religious convictions of each person, expressed in openness to all." In short, it is about the implementation of Don Bosco's pedagogy based on trust ("Without affection, there is no trust and without trust, there is no education," he adds) and on covenant ("The young person is considered as an actor in the fulfillment of the educational project," he concludes).

So on Thursday 27 and Friday 28 May, 50 delegates from the various associations, both employees and volunteers, gathered at the "Jean Bosco" center in Lyon to take stock of the situation, review the 2018-2021 action plan, and program the new three-year plan. On the occasion, homage was also paid to Pierre Zolna, a volunteer involved in educational support at the AEPCR in Paris, who recently died at the age of 72.

"This network makes sense and value, there is no doubt," said Véronique Kempf, President of the AEPCR, during the evaluation phase. From now on, it is a question of multiplying exchanges, of pedagogical tools for example, and meetings, to foster mutual knowledge of this galaxy aimed at the education of young people, especially the most in difficulty.

The DBAS network, in fact, brings together people and services who work according to the Salesian style in the field of prevention, integration and protection of children, in the care of unaccompanied minors, and more generally in the field of medico-social action, mainly with children, adolescents and young adults in need.