RMG – A new issue of the magazine "Salesian Historical Research" 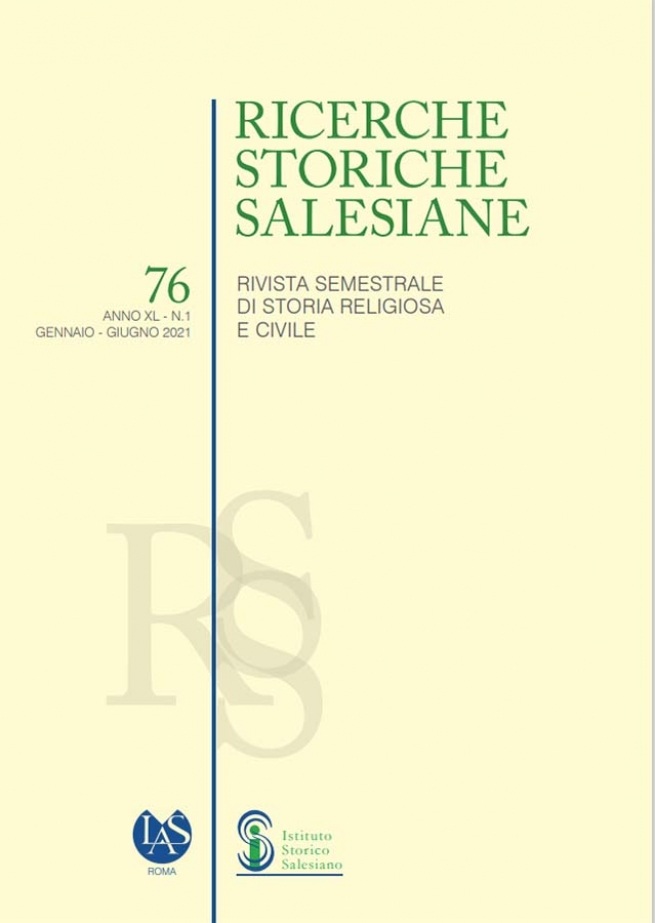 The magazine features four essays in the STUDIES section of this issue:

Paolo Pieraccini's contribution continues on the theme: National Awakening of Arabs and Catholics of the Holy Land: the case of the Salesian Society (1904-1920). Part 2. After the British occupation of Jerusalem (December 1917), the "struggle" of the Arab Salesians against the Italian confreres intensified further. The escalation of tensions - which also involved other indigenous Catholic nuns, the Italian government, and, through an appeal, even the Pope - ended with the decision of the Arab Salesians to incardinate themselves in the Latin Patriarchate of Jerusalem.

The research on the Scope and limits of the missionary work of the Salesians of Don Bosco in Katanga (1910-1970) is by Fr Germain Kivungila. The study examines the period preceding the country’s independence and the first decade that followed and argues that the Salesian charism was able to settle in Congo thanks to the help of the colonizing government, rather than by the will of religious superiors. Furthermore, due to the lack of methodological initiative and adequate training, the so-called "paternalistic" mentality developed in many mission posts. In any case, the Salesian charism was able to find its own way; it is now organized and continues to develop increasingly more.

The Salesian response to the problem of "poor street children" during the rectorate of Fr Albera. The requests for the opening of Salesian houses from Northern Italy in the period 1910-1921. Part One is the result of the research of Bro. Paolo Vaschetto, SDB. The statistical analysis of the sources found in the Salesian Central Archive highlights the percentage of letters from this area compared to the totality and the type of work requested. The research also investigates the wider social situation and the condition of youth before, during, and after the Great War.

In the last article of this sector, Fr Thomas Anchukandam examines the First Salesian missionary expansion (1875-1910) - Some salient aspects. In view of the 150th anniversary of the first Missionary Expedition, the author analyzes the socio-cultural and political-ecclesiastical context of Italy and the mission lands. It emerges that Don Bosco and especially Fr Rua already understood the need to ensure a certain level of intellectual and cultural preparation and a certain accompaniment to all future missionaries.

The critical edition of the text Conference of the Masters of Salesian Novitiates in Europe (Turin-Valsalice, May 28-29, 1923), edited by Fr Aldo Giruado, is presented in the SOURCES sector. While the revision of the novitiate regulations (published in 1924) was underway, Fr Filippo Rinaldi summoned the 14 European novice masters of the time to review, compare and "give the novitiates a uniform approach". Here the minutes are published, reconstructed by Fr Luigi Terrone after "almost thirty years".

The issue is completed, as usual, by the contributions accepted in the Notes, Reviews and Recommendations sections.