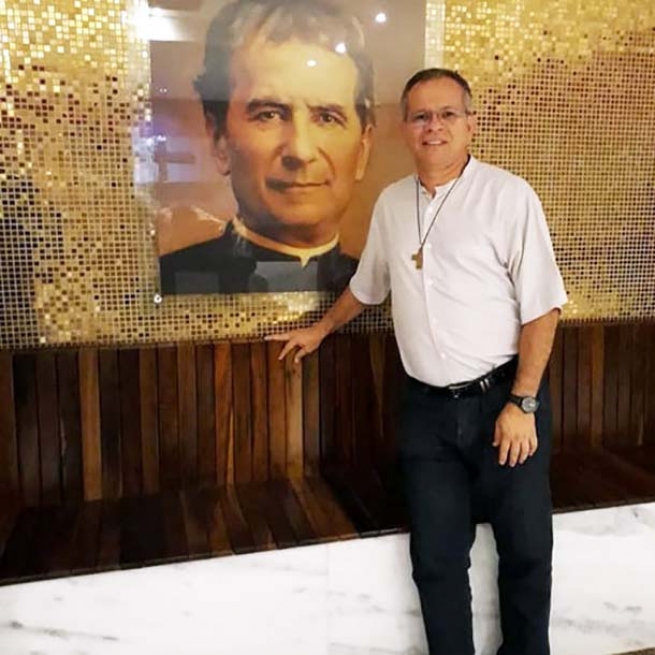 (ANS - Bogotà) - The “Father Jaime” Foundation is a Colombian NGO which, inspired by the figure of the Salesian priest Fr Jaime Rodríguez Forero (1930-2011), supports seminarians who are preparing for the priesthood. On 1 July, during the International Symposium “Priests in times of crisis”, it selected the winner of the “Father Jaime Rodriguez Award” 2021: Fr Carlos Josué Costa do Nascimento, a Salesian priest and university teacher from Brazil.

Previously, in the selection of the two finalists, both nominated for their work as academics, Fr José Miguel Núñez Moreno, a Spanish Salesian, former Councilor for the then Western Europe Region in the 2008-2014 term, was also indicated.

Fr Costa do Nascimento, born on 27 July 1968 in Belém, Brazil, and a Salesian since 1989, was ordained a priest on 8 December 1996. He studied Philosophy at the Don Bosco Catholic University (UCDB) in Campo Grande, Brazil; Theology at the Salesian Pontifical University of Cremisan, Israel; and obtained a Masters in Biblical Theology from the Gregorian University of Rome, Italy. He also earned a doctorate in Religious Sciences-Biblical World from the Methodist University of San Bernardo do Campo, in Brazil.

He was a professor at the "Santo Tomás" Salesian Theological Institute in Lapa, at the UCDB in Campo Grande and at the Catholic Faculty of Belém (FACBEL), also in Brazil. He teaches Salesianity, Spanish and Salesian identity. Specialist in Johannine Literature, he teaches courses on Historical, Prophetic and Introduction to Sacred Scripture books.

In his own words, Fr Carlos Josué's method focuses on "direct contact with students, starting from dialogue and participation, to build biblical learning with them. First of all, I am a Salesian and I live the charism with Don Bosco's style in teaching: communication is full of joy and hope, to create a climate of trust and friendship that facilitates relationships with everyone."

"I love teaching with passion in my eyes, which also translates into personalized relationships inside and outside the classroom,” adds the winner of the Father Jaime Award. “I use the Preventive System, especially kindness and reason. It is important to give clear answers to questions, making students responsible for their own education. I speak to them of the possibility and responsibility they have of living the study of Theology, specifically the Bible, embodied in life, as agents of liberation and transformation in the social, political, cultural, religious sphere… ”.

The "Fundación Padre Jaime" is a foundation established in 2009 to celebrate the figure and carry out the mission of Fr Jaime Rodríguez Forero, SDB, who centered his entire priestly life on the Eucharist and pastoral action, and who was also a professor and researcher in fields such as Theology, Sociology and Bioethics. Taking this Salesian priest as a model, the foundation promotes and supports Salesian religious who are preparing for the priesthood.

The "Father Jaime Prize", which offers Salesian clerics research vouchers, and encourages them to preach from the heart, was established in 2017.