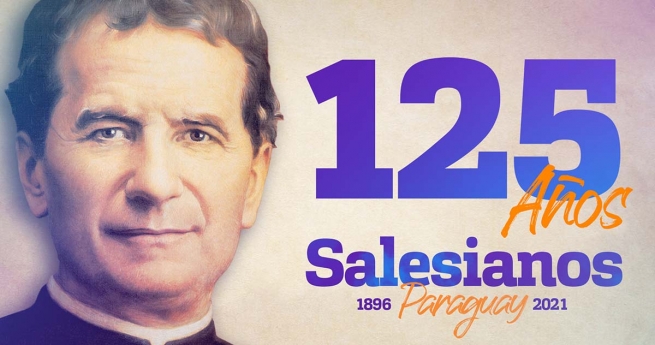 (ANS - Asunción) - In 1894, Msgr. Luigi Lasagna - who had been ordained bishop the previous year in Rome, and who died in a train accident the following year in Juiz de Fora, Brazil - wrote to Fr Rua, Don Bosco's first successor: “Paraguay is the land that many Salesian hearts desire.” It was a prophetic vision that began to be fulfilled two years later, in July 1896, when the first four Salesians to arrive in Paraguay took possession of the premises made available by the government. Welcomed with joy by the population and by the authorities, the Salesians started the School of Arts and Crafts, thus their approaching the young Paraguayans.

The first Salesians arrived in the country 125 years ago, exactly on 23 July 1896: they were Fr Giuseppe Gamba, Provincial of Uruguay at the time and responsible for starting the presence in Paraguay; Fr Ambrogio Turriccia, Director; Fr Domenico Queirolo, also from Uruguay, the then young acolyte Pietro Foglia, musician; and the Salesian Brother Carlo Dugnani, bricklayer and cook.

The Salesians were warmly welcomed by the people and by the ecclesiastical and national authorities, and they opened the first furrows in the ever fertile and vast field of the world of youth.

Fr Rua thus wrote in 1897: “At the cost of great sacrifices we wanted to fulfill, at least in part, the ardent wishes of Monsignor Luis Lasagna, by sending some Salesians to Asunción, the capital of Paraguay.”

Undoubtedly, in fact, the great bishop Luis Lasagna would have liked to accompany and preside over the first expedition himself, but this was not possible due to the tragedy of Juiz de Fora on 6 November 1895.

But his plans didn't die with him. Indeed, Fr Gamba decided to carry on the Salesian work in Paraguay in his name and as a perennial monument to the memory of the bishop who died prematurely, he gave the new foundation the name of "Colegio Monseñor Lasagna", under the patronage of St. Louis.

From that moment on, the apostolic wishes of St. John Bosco began to become a reality in Paraguay as well.

The initiatives and works started by the first Salesians, with the blessing of God and Mary Help of Christians, have produced so much fruit in recent years, and will continue to produce innumerable fruits of good over the course of time.

Today the whole Salesian Family continues to be vigorously and dynamically active in the various parts of Paraguay, thanks to the path opened by Msgr. Lasagna, who was "the best representative of Don Bosco's genius in these nations entrusted to him."