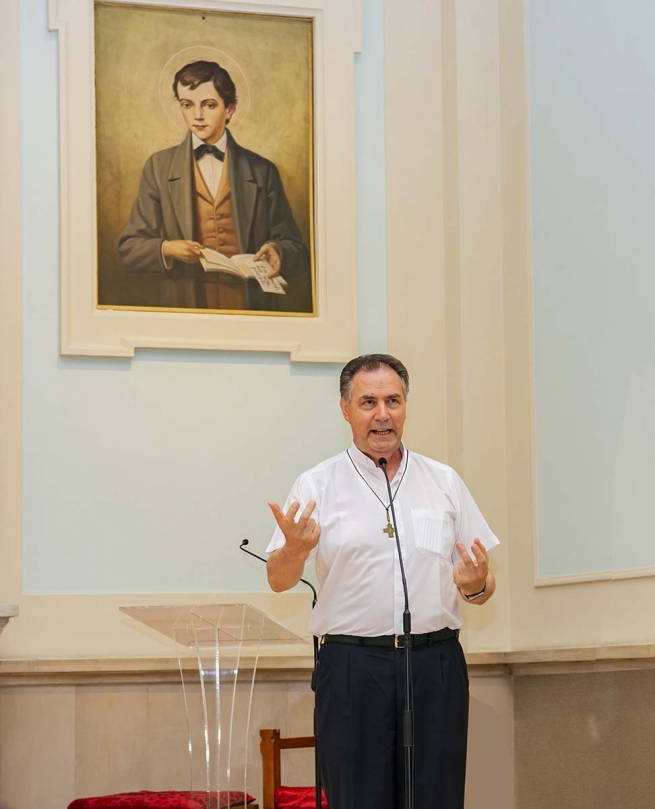 (ANS - Rome) - A moment of presentation of the work carried out over the last two months, of fraternal sharing with the Salesians of the Salesian HQ community, and a moment of reflection on the path that the Congregation is taking: all this was the "goodnight" the Rector Major, Fr Ángel Fernández Artime, offered yesterday, July 27, at the end of the summer plenary session of the General Council, which began last June 1.

As usual, Fr Á.F. Artime began by illustrating some data, thanks to the service offered by the Secretariat of the General Council:

Also, the following were nominated:

And on the theme of Salesian houses:

On this theme, the Rector Major said clearly: “We need not worry, because the criterion that interests us is not whether the number of houses rises or falls, but the charismatic significance of what we have today. And this speaks of a vitality of the Congregation.”

The General Council studied 8 Extraordinary Visitations to the:

Subsequently, Fr Á.F. Artime spent a few words to go beyond mere data, and spoke of the much work, sometimes hidden, carried out by the various Departments and Sectors in this period. Among the many activities, he mentioned:

- the Youth Ministry, the study of the Youth and Family Ministry Congress; the study of Salesian parishes; lay management presences; and, together with the Department for Formation, aspirants and accompanying presences preceding the pre-novitiate.

- the Missions Sector, the sending of 26 "ad vitam" missionaries and the distribution of funds from the Mission Offices.

- Social Communication, the continuation of the ongoing processes, the change in the managing board at ANS, and the launch of the "Don Bosco Global Youth Film Festival".

- the General Bursar, whom he praised for his commitment in managing many situations that are sometimes difficult come from all over the world;

- Formation, the study and deepening of the "Ratio Studiorum".

In conclusion, the 10th Successor of Don Bosco thanked the work done by the General Mission Office, the Postulation for the Causes of Saints of the Salesian Family, by the translators and by all those who collaborate, often silently, in support of the Salesian Mission.