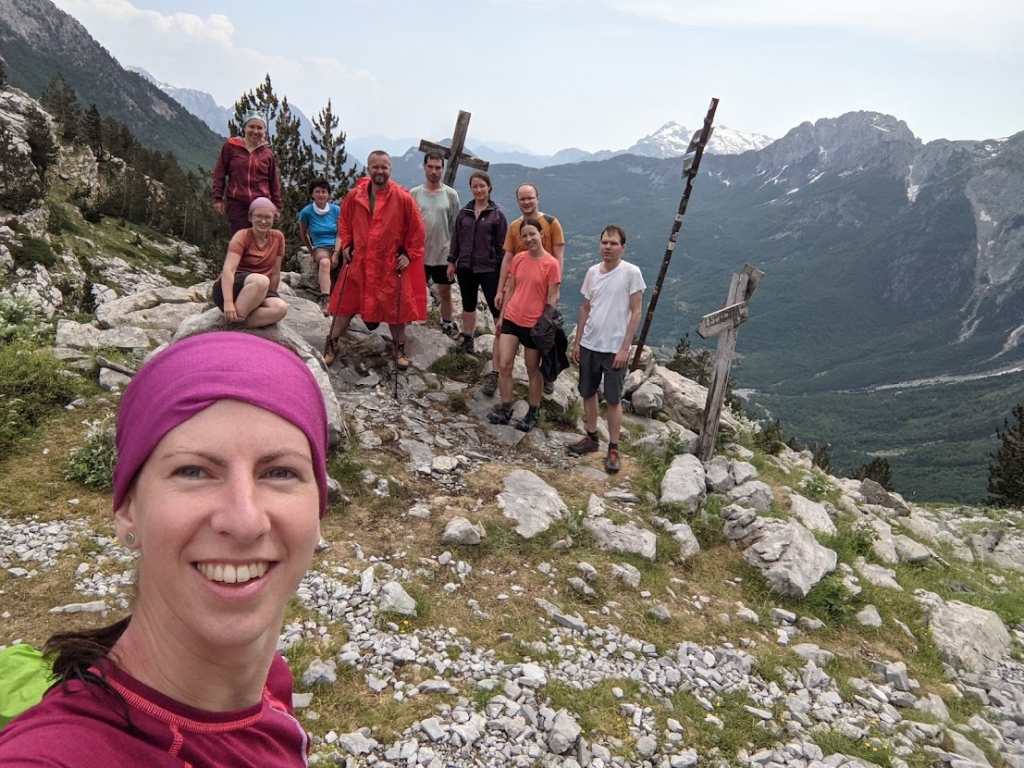 Czech Republic, Albania. A group of fourteen Czech former Salesian missionary volunteers together with a Salesian priest Fr. Jaroslav Fogl and Sr. Maki Hanakova, FMA went on summer expedition to Albania last July. Starting from Prague and travelling by two big vans they went through Austria, Croatia, Bosnia and Herzegovina and Montenegro towards the Albanian town Skadar (Shkodër). Zdiska, a Czech volunteer who is now in Skadar on her one-year voluntary service, welcomed them in the local FMA community and joined the group for the trip.

The seventeen-members expedition set out next day for the mountains with the picturesque name “Albanian Alps”. They left the cars and continued on foot, carrying all the necessary equipment on their shoulders. In this way, they continued for the next five days: hiking with backpacks, sleeping in camps, setting up tents, cooking in a little aluminium cauldron, drinking coffee, beer and brandy, praying together, celebrating outdoor Masses, saying Good Night talks every night, conversing with the local people, swimming in the rivers, enjoying views of the beautiful countryside, snowy peaks, deep forests and rocky paths.

After returning back from the mountains, they visited the city center of Skadar, tasted delicious local dishes (such as sheep cheese, spinach or baklava) and listened to the testimony of the missionary Sister Miki, FMA about her already 22 years spent in Albania and the daily joys and sorrows of the Albanian people. They struggled with repairing one of their broken vans but still managed to see Lake Skadar that is so large you feel as if you were at a sea bay.

The group spent their last evening with the Sisters FMA speaking in Albanian, Italian (which is very common and widely used here) and even Spanish, as one of the sisters comes from Mexico. The following day they said goodbye to Zdiska, those who had one more month of voluntary service ahead, and set off back to the Czech Republic. On the way they stopped and thanked God in the Bosnian pilgrimage basilica in Medjugorje.

Helena Janikova, the coordinator of Czech volunteers and ex-volunteers and leader of this special expedition, says: “I believe that I speak for all "crew" members that the days we spent together were wonderful and that a great atmosphere was created in our group from the very beginning, which lasted until the last moment. I'm really looking forward to the next trips!”