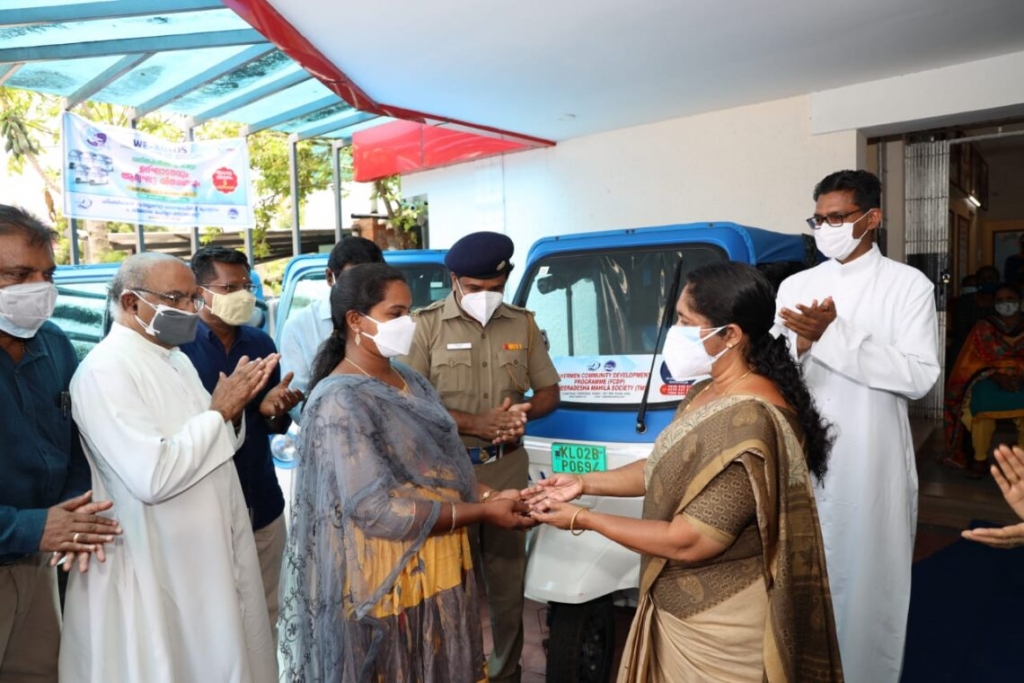 Kollam, India - August 2021 - The Fishing Community Development Project (FCDP) is a volunteer organization founded in 1979 and placed under the direction of the Salesians of the Bangalore Province, which works in favor of the integral development of all fishermen living in the coastal area of Kollam, in the Indian state of Kerala. On 4 August the FCDP marked a new step forward in its initiatives, delivering the first batch of electric cars to some women from the fishing community of Kollam. The initiative is part of a broader process that aims to diversify the community's job opportunities, and especially of women, and that also includes vocational training and business start-up activities for women. Among the various figures who took part in the electric car delivery ceremony were also the mayor of Kollam, Prasanna Earnest, and the Vicar General of the Diocese of Kollam, Msgr. Vincent Machado, both praising the Salesian initiative.