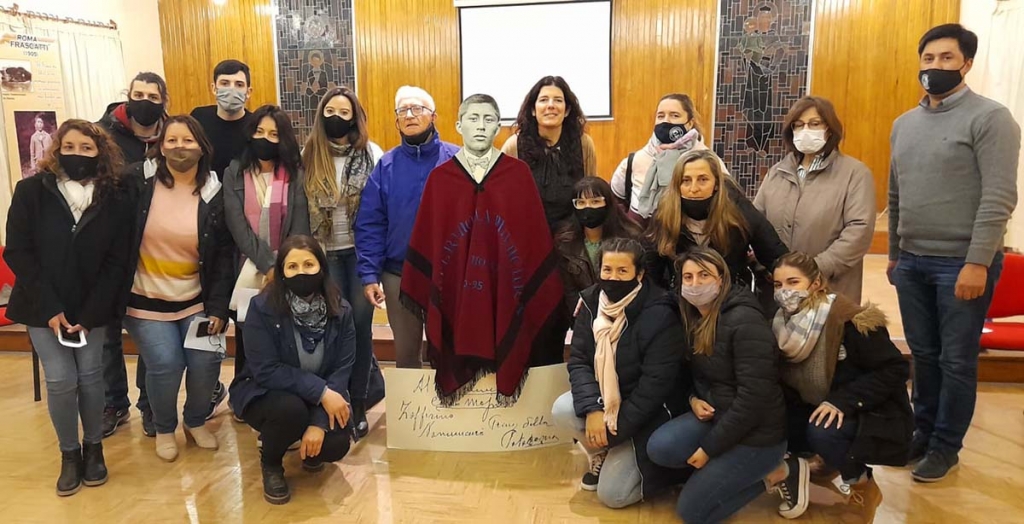 Fortín Mercedes, Argentina - August 2021 - On August 26 in the city of Fortín Mercedes (Buenos Aires), celebrations were held for the 135th anniversary of the birth of Zepherino Namuncurá, the first indigenous Blessed of South America. The celebrations began with a Holy Mass presided by Fr Joaquín López Pedrosa, which was followed by a meeting in the auditorium of the "Hotel Descanso Zepheriniano", with the interventions of people who told their experiences in relation to Zepherino Namuncurá. Subsequently there was a meeting of Salesian teachers to talk about the life of Don Bosco the educator.