RMG - Fr José Pastor: the education received is the passport for the present and for the future 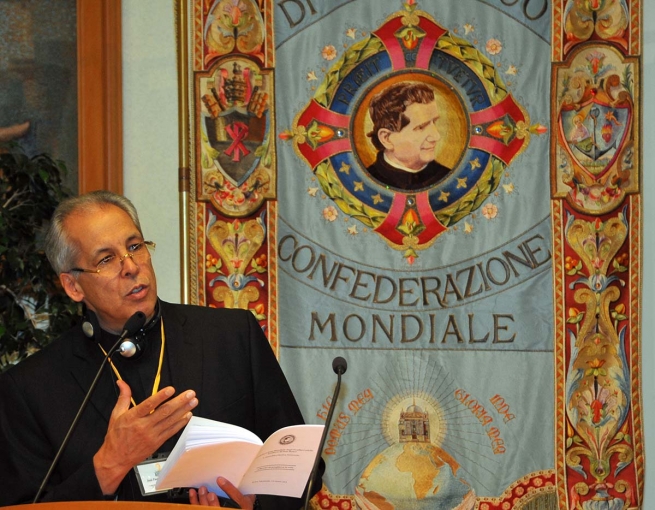 (ANS - Rome) – In an open and frank discussion Fr José Pastor Ramírez shares a profound reflection after eight years at the Salesian Generalate in Rome as World Delegate for the Past Pupils of Don Bosco. Fr Ramírez is a native of the Dominican Republic. He answers a series of questions and states categorically: "The past pupils are the fruit of the Salesian mission and a force that leavens the world". They have just one passport, which is "the education received”.

Fr José, how did you come to this position?

When I finished my term as Provincial in 2008 the Rector Major Emeritus, Fr Pascual Chávez, appointed me coordinator of the Salesian Family and World Delegate for the Past Pupils of Don Bosco.

What is the global situation of the Past Pupils?

It is so diverse! There is no homogeneity. The main challenges are for the Past Pupils to grow in their identity as Past Pupils of Don Bosco; to strengthen the local unions; to carry out educational projects and solidarity projects; to rejuvenate the association promoting the registration of new generations of pupils. About 100,000 past pupils are currently enrolled in about fifty federations.

In what areas did you concentrate your formation efforts?

I focused on identity and mission, because they are two dimensions which support and enrich each other and should be lived in fruitful complementarity. In today's world marked by so much confusion and relativism it is all the more urgent for the Past Pupils to be true to their identity and their mission. Past Pupils who have a clear identity and mission in the Church and in society live fully the invitation of Don Bosco to be "honest citizens and good Christians".

What should a past pupil of Don Bosco be like in everyday life?

The past pupil should leave the Salesian house in the belief that his commitment and responsibility, in the face of all the difficulties, will change the world, starting with himself and his family. Moreover, by virtue of ''the education received" the Past Pupil of Don Bosco must have the value of solidarity as a way of life. This means that he must be a builder of "social charity" or "political charity" because only love will change the world.

The full interview is available on the Salesian Bulletin of Spain.