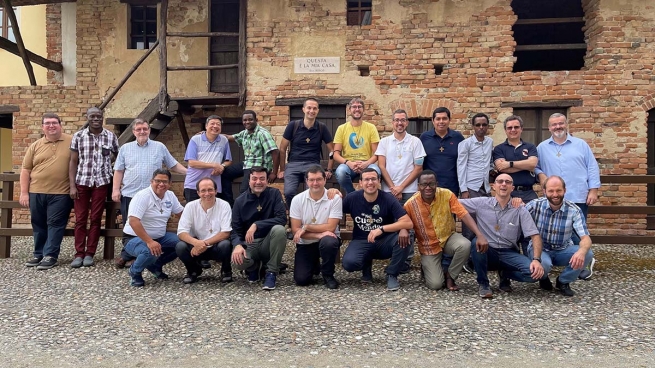 The gift of Spiritual Acoompaniment was bequeathed to the Congregation by Don Bosco, who himself was a great companion of young people and of many people who entrusted themselves to his guidance. And this very fruitful form of pastoral charity does not emerge from nothing, but, is the fruit of a long gestation. From an early age, and above all in the fundamental phases of his vocational discernment, and throughout his priestly life, John Bosco always let himself be guided by wise and knowledgeable people, who supported him in becoming more and more in tune with the heart of God.

During the days of the School, the participants were able to experience a round of personally guided spiritual exercises, which formed the basis that constituted the foundation for the entire school. Then they tackled various themes, both as reflection and as practical learning exercises:

“We all leave with a grateful heart for what we have received, and we thank the effort and the investment of energy of the Congregation in this very fundamental area of our mission as apostles and pastors of the young,” said one of the participants. “And we also thank the team that accompanied us during these days, for their generous commitment and their fraternal presence in the animation of this school.”

Furthermore, the organizers expressed their sincere thanks to the communities of Valdocco and Colle Don Bosco for the welcome and family spirit with which they made the whole group feel at home from the very first day to the last.