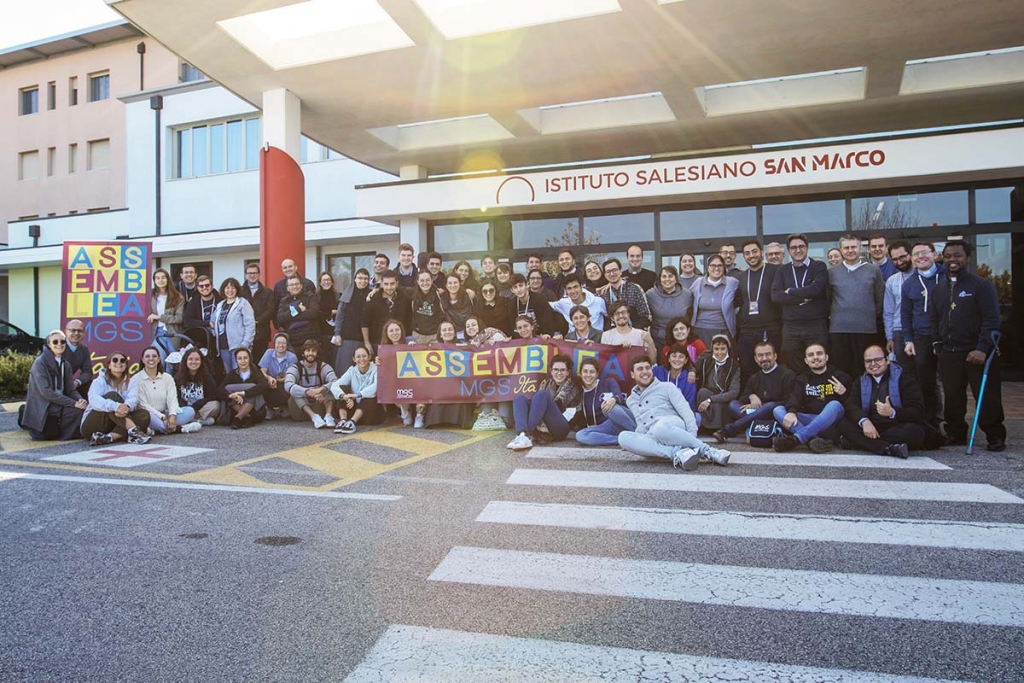 Venice, Italy - October 2021 - From 22 to 24 October, the National Assembly of the Salesian Youth Movement (SYM) Italy was held at the "San Marco" Salesian House in Venice. It provided a space for reflection, discussion, and commitment. The assembly was attended by about ten representatives from each SYM territory, the presidents of the TGS and CGS associations, and representatives of the Association of Salesian Cooperators. The main theme was Education to emotional and sexual, with an approach that encompassed different facets of the problem. The synodal approach was used as the preferred method and was divided into different phases such as Recognizing, Interpreting and Choosing, with a central role occupied by the presence of the Lord Jesus during a moment of adoration. This was followed by a stimulating reflection by Fr Andrea Bozzolo, who focused on the Salesian Charism in the light of the Gospel. At the end of the three days in Venice, some concrete steps were proposed to be implemented in their own movments.