RMG – An urgent need of a renewed profile of the Salesian missionary! 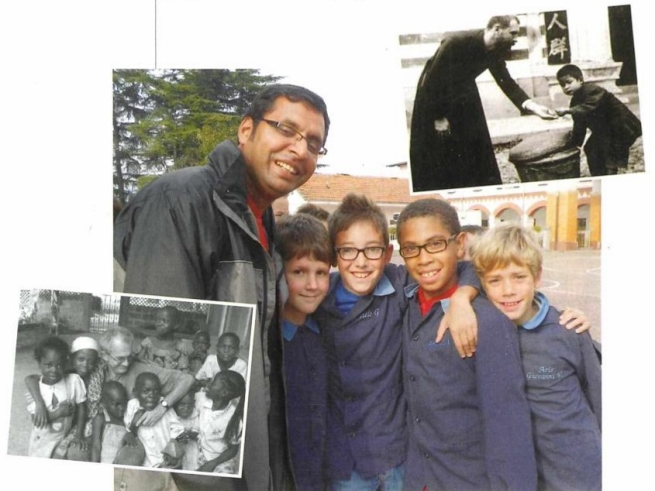 (ANS – Rome) – “Today we find ourselves in a different context to that of the missionary projects that spread the Congregation to the Americas (1875), Asia (1906) and Africa (1980). The danger is that we cling on to old missionary paradigms that do not respond anymore to precent ecclesial and missiological orientations. We need a renewed profile of the Salesian missionary”. This is the reflection that Fr Alfred Maravilla, General Councilor for the Missions, offers today, 11 November, on the occasion of the 146th anniversary of the First Salesian Missionary Expedition.

Here's how his message goes on.

“Today the Salesian missionary is not only the one who gives, but above all the one who receives; not only does he teach, but above all he learns from the people he serves, who are not only passive recipients of his efforts. He is neither a builder nor a fundraiser but, above all, a humble and discrete mediator who keeps nothing for himself but takes care to keep alive his ardour for holiness through the ‘grace of unity’, spending himself generously, even until he is consumed (Fratelli Tutti, no. 284).

Inculturation is a slow process that can never be fully realised. The presence of missionaries in a Province strengthens inculturation because local confreres have a perception of their own culture that missionaries do not possess, while missionaries offer some perspectives of the culture not perceived by local confreres. In fact, a Province made up only of confreres of the same culture risks being less sensitive to the challenge of interculturality and less able to see beyond the confines of its own cultural world. Similarly, the missionary is open to being enriched by the local culture, while continuing to deepen his understanding of it in the light of the Christian faith and the Salesian charism. Thanks to missionaries, today the charism of Don Bosco is present and inculturated in 134 countries.

The Salesian missionary is integrated within the local church, and in the life and educative and pastoral plan of the Province, enriching them with his personal gifts, apostolic zeal and missionary sensitivity. Thus, he is definitively assigned to a Province or Delegation (C. 159), not only to respond to the need for personnel but, above all, to contribute to intercultural dialogue, to the inculturation of the faith and the charism and to trigger processes that can generate new local vocations.

He is committed to collaborating with the laity, missionary volunteers and other members of the Salesian Family by promoting a true exchange of gifts and values, according to the specific vocations and forms of life of each group. In old age, he continues his missionary work by sharing his friendship and wisdom, with prayer and by the example of his life. The missionary devotes himself to the people entrusted to him until his last breath: burial in his mission land seals this love.

Indeed, the Salesian Missionaries today need to have the zeal of Fr. John Cagliero and our first missionaries, but with a renewed missionary mentality and profile!”

For Personal Reflections and Sharing

What is your profile of a Salesian Missionary?

Have you ever thought of the need both of local and expatriate Salesians to better inculturate our charism?