Paraguay - 120 years serving the happiest people in the world: Salesians in Paraguay 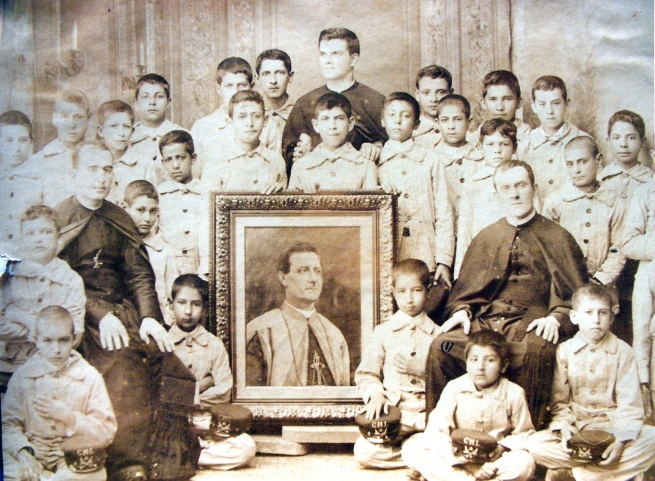 (ANS - Asunción) - Paraguay is located in the centre-south of the Latin American continent.  According to a Gallup poll, it is the happiest country in the world. And the Salesians have contributed to this joy with their presence for 120 years.

In the opening pages of Salesian history one name stands out – that of Luigi Lasagna, a pupil of Don Bosco. When he was ordained priest, he left for South America, and in a few years he established Salesian roots in Paraguay. He was consecrated Bishop on 12 March 1893 and less than three years later his life was cut short in a train accident in 1895 in Juiz de Fora in the State of Minas Gerais, Brazil.

On a trip to Rome, Lasagna became aware of the requests of the authorities in Paraguay. But before founding the Salesian work he was appointed bishop. Pope Leo XIII told him: "You are young, full of life and activity. For this reason, we have chosen you. The apostolate that I am entrusting to you requires energy and I hope you will serve as an example to others working in the vineyard of the Lord."

When he was consecrated bishop he was given three tasks: to find a Paraguayan candidate for bishop, to organize missions to the natives of the Paraguayan Chaco and to found a College of Arts and Crafts in Asunción for poor and disadvantaged youth.

On 23 July 1896 the first Salesians arrived to found the college in Asunción. They were the Provincial Fr José Gamba; the Rector Fr Ambrosio Turriccia, Fr Domingo Queirolo from Uruguay who was a real patriarch of the early years, the young acolyte Pedro Foglia, a musician who later became a priest; and the Salesian Brother Carlos Dugnani, mason and cook. The first thing they did was to found the college named after Monsignor Lasagna. It became a model and an educational centre that was very influential throughout the capital.

During the War of the Chaco (1932-1935), the Salesian College was transformed into a large hospital. The neighbours brought beds and mattresses. The officers and soldiers wore a medal of Mary Help of Christians - 70,000 medals were distributed. The Help of Christians was proclaimed "Patron of the Victorious Army of the Chaco".

The stories intersect in the blink of an eye, but the good done in 120 years of Salesian presence remains in the hearts of all Paraguayans.