Italy - A match to give "a kick to illegality" 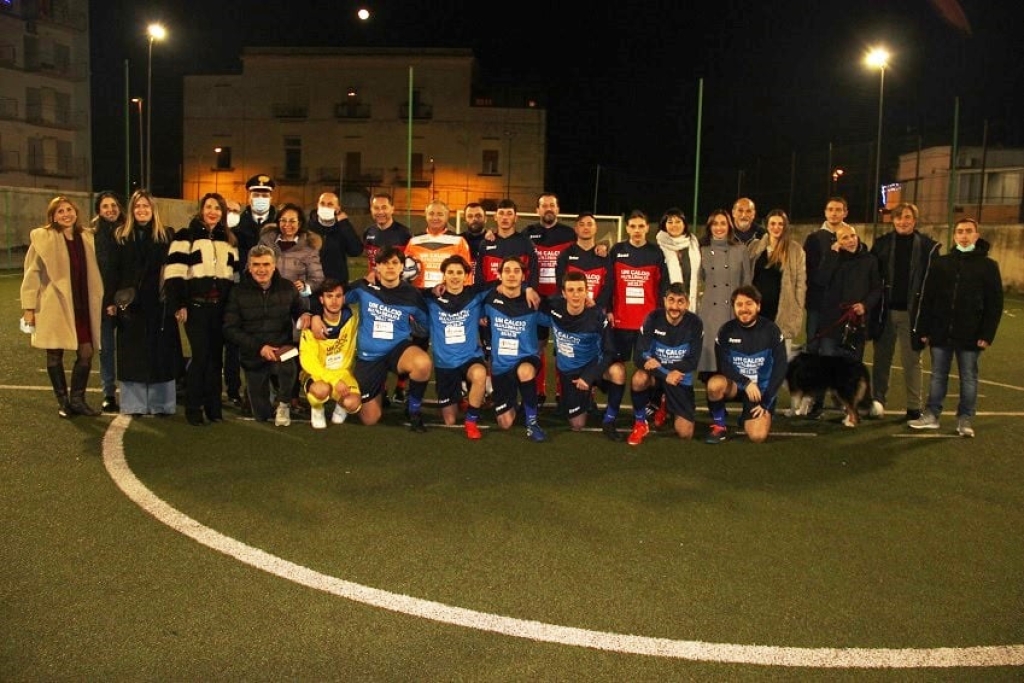 Torre Annunziata, Italy - December 2021 - Last December 21, at the sports field of the Salesian oratory in Torre Annunziata, the annual football match was held with the theme "a football against illegality" among the children of the communities present in the institute and a representative of the National Association of Magistrates operating at the courthouse of Torre Annunziata. Before the sports meeting, young people and magistrates gathered in the theater room for an open-hearted debate where young people were able to ask questions to State representatives. The event, strongly desired by the National Magistrates Association of Torre Annunziata, was coordinated by Fr Antonio Carbone, president of the association "Small steps, Big dreams" with the coordinators and educators of the Salesians.