India - XI Chapter of the Salesian Province of Hyderabad 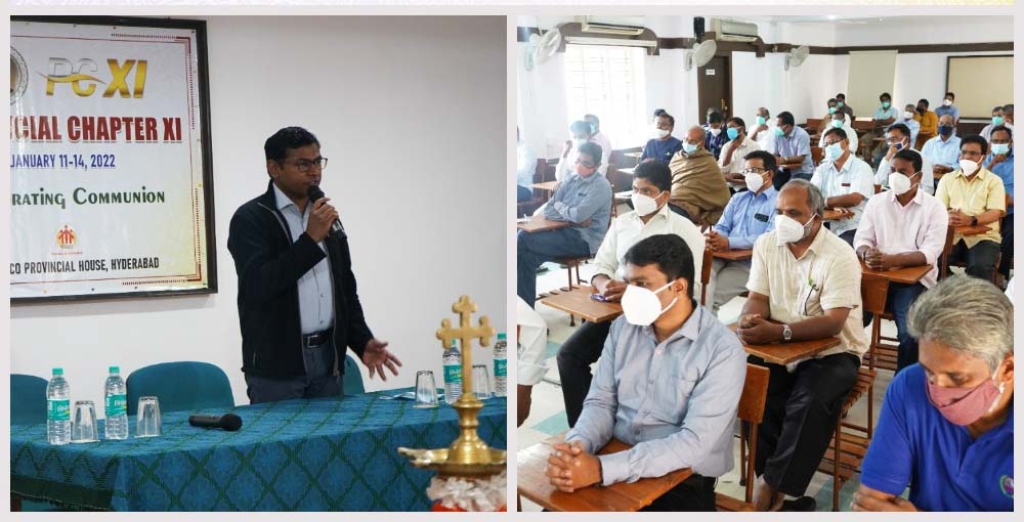 Hyderabad, India - January 2022 - The XI Provincial Chapter of the Salesian Province of India-Hyderabad (INH) began on January 11. The official opening was preceded by a retreat led by Salesian Fr Robert Pen, of the Mumbai Province, during which all the Capitulars were invited to orient themselves spiritually under the guidance of the Holy Spirit. In addition, the Capitulars were animated on some of the most important themes of the Post-Chapter Document of GC 28 to be well prepared for the debates and deliberations regarding the implementation of GC 28 in the INH Province. Fr Thathireddy Vijaya Bhaskar, INH Provincial, for his part, presided over the Eucharistic celebration during which he exhorted the chapter members to be pervaded by the strength, power, and creative energy of the Holy Spirit, to make the Salesian charism ever more relevant for the integral development of young people, God's meeting point for the Salesians. The Chapter, moderated by Fr. Thomas Santiagu, ends on January 14.