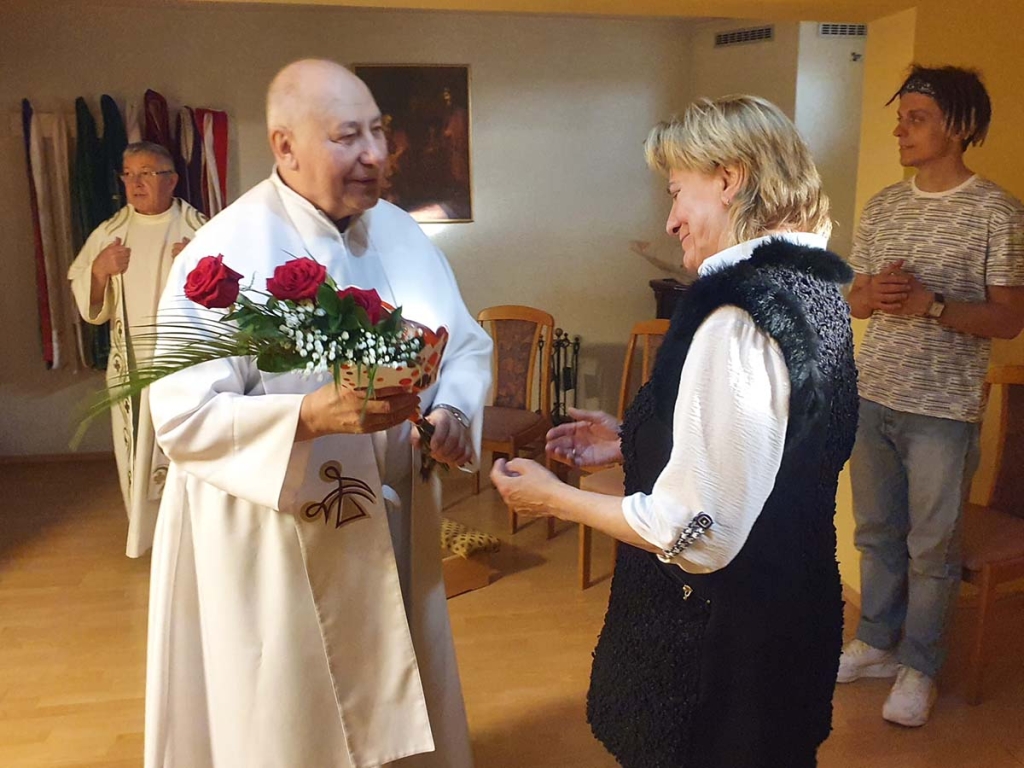 Velky Biel, Slovakia - In recent months, the Slovakian Salesian Family has clustered around the Salesians of the Province of Slovakia (SLK) to all together provide help to the Ukrainian people. At the same time, the presence of Slovak Salesians in Russia's faraway Siberia has been alive for decades now. On May 11 during the Mass concelebrated in the Salesian house in Velky Biel by four Slovak Salesians, Ms. Margaret, sister of the Slovakian Salesian missionary in Siberia Father Jozef Tóth, was welcomed into the Association of Past Pupils and Friends of Don Bosco. The next day Ms. Margaret left with her brother for Russia, to Yakutsk, where alongside the Salesians, she will carry out Don Bosco's mission among the local people. This formalizes the presence of the Past Pupils in one of the world’s coldest places, where there are so many people with burning hearts in need of attention and warmth from their neighbors. Ms. Margaret is ready to donate her time, talents and heart, with the Salesian spirit, to the people she will meet; and perhaps one day it will be possible to start a new local union of the Past Pupils in Siberia, composed of the people grateful to Don Bosco for the education they received.