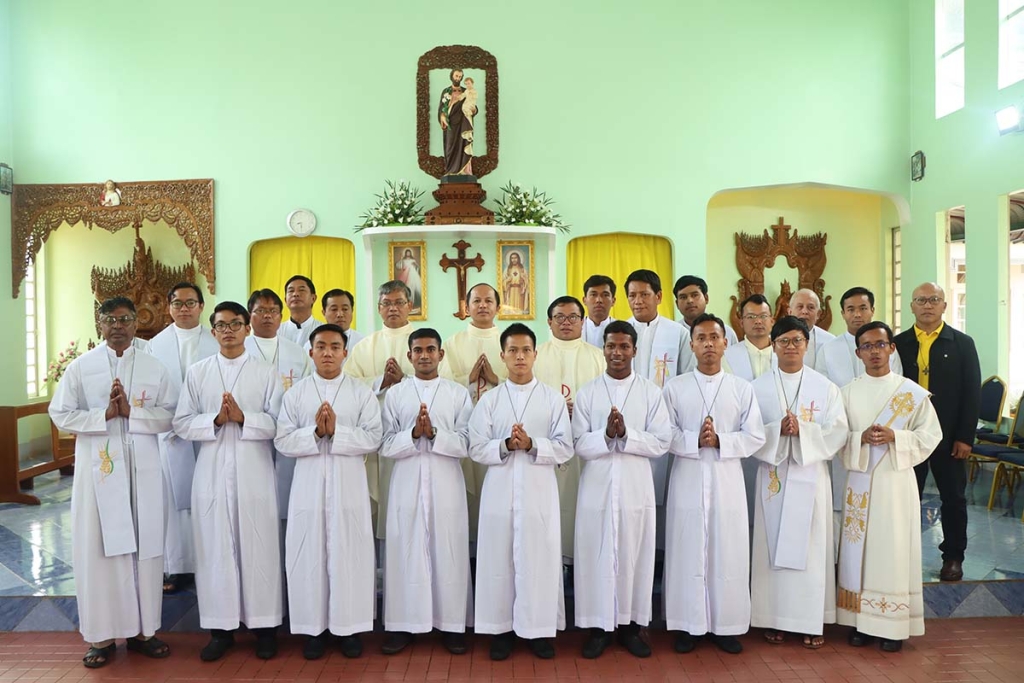 Anisakan, Myanmar - May 23, 2022 - St. Joseph Chapel, Don Bosco Provincialate, Anisakan, Pyin Oo Lwin, Myanmar. Today, six young Salesians from the Vice-Province of Myanmar (MYM) have made their First Profession, in the presence of Fr. Bosco Nyi Nyi, SDB, the provincial and the novice master, Fr. Mariano Soe Naing, SDB, to live in Obedience, Poverty, and Chastity. They are the following:

The Salesian Congregation and all of us are blessed to witness their First Profession. Religious Profession is a sign of God’s love and Mercy, and a loving encounter between God who calls and the disciples who respond by giving themselves totally to God, to the Congregation, and to the young.

Before the Holy Mass, the provincial expressed his sincere gratitude to the novice master who accompanies the six young Salesians throughout the novitiate year, to the parents who willingly offer their sons to God, and to the newly professed who freely make their choice to live Salesian life. In his homily also, the provincial shared about love that every consecrated person has to qualify in their religious life.

The consecrated life is a gift from God Himself and to persevere in this gift, we need the grace of God. The First Profession that we are witnessing today is a sign of an unbreakable response of love to the unbreakable of God’s love and mercy.

In his gratitude speech, Cl. Saw Stephen expressed gratitude to the Lord, and the Salesian Congregation. He also thanked their parents, the Salesians, their benefactors, and the young people who have contributed to their vocation. God has called them and stilled continued inviting them, “Remain in my Love” (John 15:9).