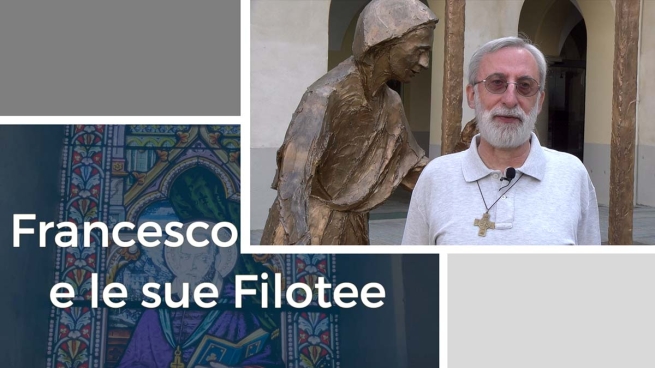 (ANS - Rome) - In the month of June, when the feasts of the Sacred Heart of Jesus and the Immaculate Heart of Mary are celebrated, the third video in the series on St. Francis de Sales from a pastoral perspective is being offered. He is the saint who perhaps more than any other in the Church has been able to make the closeness of the Heart of God felt by his people and has been able to help hundreds of people, guided by him, to listen again to their hearts, where God is present.

He was tireless in his service of spiritual accompaniment, done in a personal dialogue for the many who could not read and write, but also with a large number of letters for those who could communicate in this way. Those he had written to his cousin Louise du Chatel were collected and became the basis for one of the most widely used spirituality texts in the life of the Church, "The Philothea - Introduction to the Devout Life."

This is the focus of the third video, as is grasped from the very first lines by Fr. Michele Molinar, who curated this series with the Youth Ministry and Social Communication Sectors.

As in the two previous videos, accessible with the hyperlinks Man Explained by God and Salesian Gentleness, Fr. Michael's presentation of this theme is interspersed with the reading of some passages from the pen of Francis, in an agile and time-contained manner: 12'40". It is designed as an animation tool for communities during the time dedicated to spiritual reading or the goodnight thought.

And as with the previous videos, the original in Italian was produced in voice-over for the other major languages: video IT, video EN; video ES; video FR; video PT (viewable and downloadable from the respective links).

Those interested in the text can download it from the following links: text IT, text EN, text ES, text FR, text PT .

We close with a little gem of this episode: a secret that St. Francis de Sales revealed about his own heart: "A truly strange thing. I think that, in the world, there are no souls in the world who love more warmly, more tenderly and I would say more completely and lovingly than I since it has pleased God to make my heart thus."