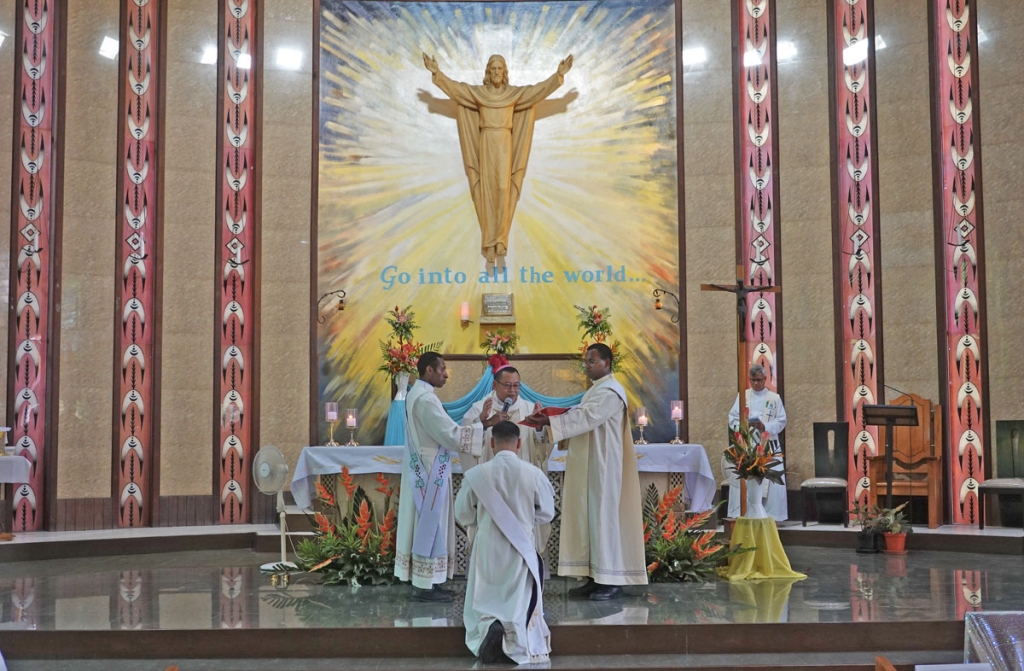 Port Moresby, Papua New Guinea – August 2022 – The Priestly Ordination of Fr. Peter Nguyen Hoai Van sdb was held on 6th August 2022 at the National Shrine of Mary Help of Christians, Boroko. ‘Go into the world and preach the Gospel to all Creation’, Mk 16:15 was his priestly motto. Bp Pedro Baquero jr sdb, Bishop of Kerema was the Ordaining prelate. He was joined by Fr. Gregory Bicomong sdb, Provincial Superior of the Papua New Guinea vice province, Salesian and diocesan priests, religious, lay persons, and students. Several Vietnamese people also joined the celebration. In his homily, Bp Baquero encouraged the newly ordained to be ‘a Man of God, a person of discernment, a man of prayer and to love Don Bosco’. The processions at the entrance and the offertory were led by the Vietnamese community. They represented his parents and family who joined the celebrations via video link.
The Newly ordained thanked the Lord for the Gift of the Priesthood. He expressed his gratitude to his parents for their silent sacrifice and unconditional love. He thanked the Couples for Christ choir, the Vietnamese community, and all who have helped him follow the Call of Christ.