Portugal - The challenge of the Salesians: E-evangelize "With Mary" 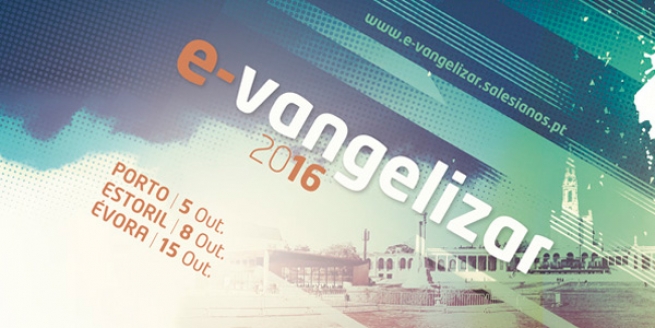 (ANS - Porto) - The Salesian publisher "Edições Salesianas" and "Fundação Salesianos" are organizing the 8th pastoral training event called "E-vangelizar". The initiative is aimed at leaders, catechists, religious, teachers and others engaged in evangelization and pastoral ministry who want to improve their skills in announcing the Good News.

Aware of the importance and impact of this event, the organizers have planned to stage the event in three venues in different dioceses:

In all three locations those who attend will be given an intense and active day of formation. The participants themselves will be in charge of the programme. The organizers offer more than 30 different workshops led by volunteers with experience and training validated on the field.  It is up to each participant to choose up to five workshops according to their preferences and needs.

The workshops last approximately 75 minutes, and each workshop will be given twice during the day to allow the greatest number of people to take part. The topics range from psychology to music, from liturgy to the arts, but are always designed for maximum effectiveness in proclaiming the Gospel.

In 2015 the event E-vangelizar was attended by about a thousand pastoral workers from all over the country, a number that the organizers hope to match this year.

A specific feature of this eighth course is the Marian emphasis, seen from the title - "E-vangelizar 2016 Com Maria”. It is intended to highlight and enhance the pastoral work being done in preparation for the centenary of the apparitions at Fatima.

There is a video on YouTube in which Fr David Teixeira, SDB, Director for Vocation Ministry of the Salesians in Portugal, speaks about the initiative.

Further information is available on the website set up for the occasion.