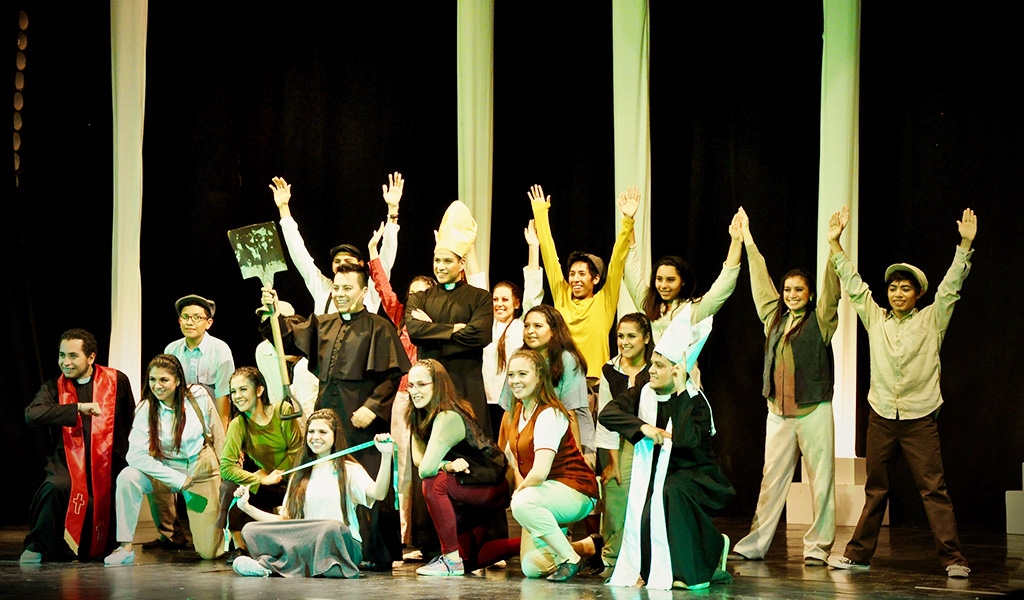 Guatemala City, Guatemala - September 2016 - "Don Bosco, the Musical" was staged on 25 September at the April theatre. The performance was attended by many spectators including the Metropolitan Archbishop Oscar Julio Vian Morales, SDB of Guatemala. The show had been in preparation for about eight months, coordinated by four producers and acted by young people of various ages.