VATICAN - José Sánchez del Río: "It was never so easy to earn Heaven" 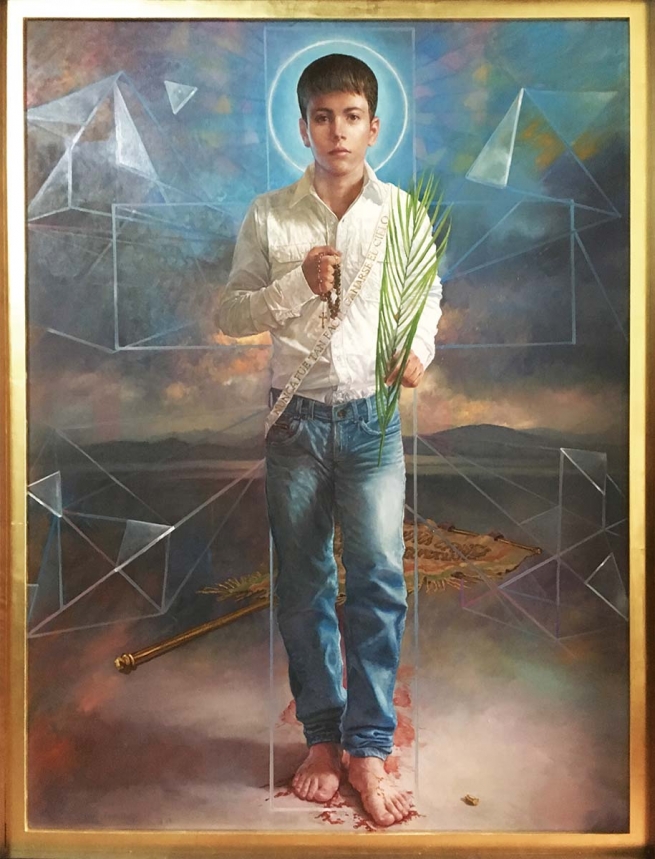 (ANS - Vatican City) - Next Sunday 16 October, in St Peter's Square, José Sánchez del Río, a teenager of 14 years, will be canonized.  He was a martyr for Christ the King during the religious persecution in Mexico.

For the Church in Mexico this event is a moment of joy at a time of strong concerns, due to the killing of some priests, continued incidents of violence related to organized crime, the lack of opportunities for young people, the tragedy of forced migration, and so on.

The story of the martyrdom of Jose Sanchez, a native of Sahuayo in Michoacan State, is shocking for the physical suffering he endured. He was imprisoned and tortured. The skin was flayed from his feet and he was forced to walk to the place where he was beaten, stabbed, and finally murdered. But at the same time it is a strong testimony of faith. All this happened because of his participation in the armed struggle of the Cristeros, which led him to martyrdom.

The phrase "it was never so easy to earn heaven" was used by Jose to persuade his mother to let him participate in the Cristero struggle. And he concluded by saying "I do not want to miss the opportunity". His words are undoubtedly memorable and inspiring for the youth of today. His last words were "Long live Christ the King! Long live the Virgin of Guadalupe!"

Fr Hugo Orozco, Provincial of the Salesians of Mexico-Guadalajara, has said to his confreres: "because we believe in youthful holiness, the canonization of José Sánchez del Río cannot pass unnoticed. The life and martyrdom of Joselito offer us the opportunity to discuss the impact of the faith of his family. He is a saint who is a fruit of the atmosphere in his family. The commitment of his mother and father, brothers and sisters in defence of their faith was shared and expressed in different ways. He is a saint who was spontaneous, cheerful, helpful and creative."

José Sánchez del Río was born in Sahuayo on 28 March 1913. He was martyred on 10 February 1928 and beatified on 20 November 2005. On Sunday Joselito will be canonized along with 6 others.