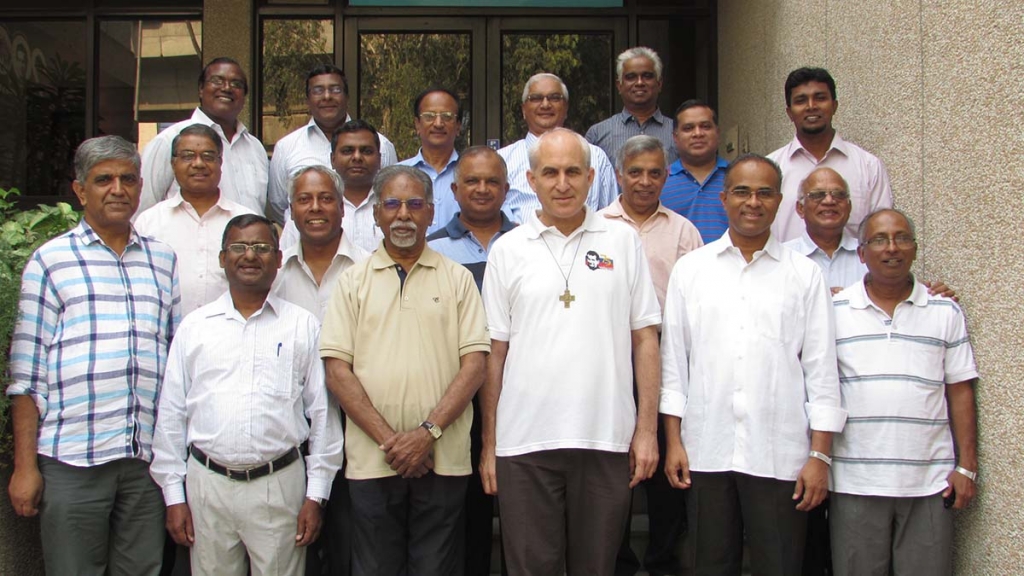 New Delhi, India - October 2016 - On 14 and 15 October Fr Guillermo Basañes, Councillor General for the Missions, presided over the meeting of the Provincial Delegates for Missionary Animation and other delegates from the 12 provinces of the South Asia Region. During the meeting, which was attended by Fr Nestor Guria, Provincial Delegate of the Conference of the Provinces of South Asia, and Fr TC George, Regional Delegate for South Asia, the participants reflected on the missionary dimension of the Salesian vocation and its practice in the region.