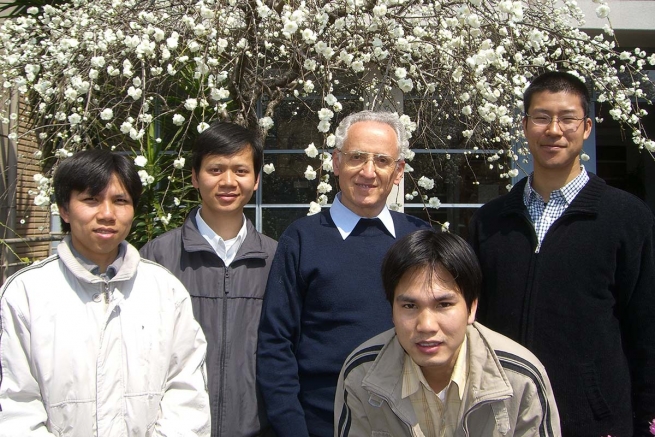 (ANS – Tokyo) – "When I was a novice at Monte Olive-to (Italy) they made me the lead-e r of the missionary group. That’s when I began to feel the desire to work as a Salesian among people who never heard anything about Jesus and His teaching. I then sent a letter to Fr. Bellido, the then General Council-lor for the Missions, ask-ing him to send me to a place 'where there would be just a few Christians'. I think that is the reason why I was sent to Japan, where Christians are real-ly very few". On the occasion of World Mission Day, that will be celebrated on Sunday, October 23rd, we publish herewith the testimony of Fr. Achille Loro Piana.

Now as missionary for many years, I think the biggest challenge that all missionar-ies in Japan have to face today is secularism. The Japanese people are rich in religiosity, but poor in religion. In other words, they have a deep respect for anything which looks sacred and sounds mysterious, but they are, I would say, quite afraid to commit themselves to a Christian life which implies faith and morals. That is due also to their strong sense of re sponsibility.

Perhaps the greatest joy for me as a missionary in Japan is Jacob Chihiro Morito, a Japanese young men whom I baptized a few years ago. On August 15, 2014 he made his first profession as a Salesian missionary in the AFE province. Now he is stud-ying philosophy at Moshi (Tanzania).

To many young Salesians who are thinking of be-coming a missionary I would like to say:   My dear young friends, after 50 years of missionary life in Japan, and after a good number of mistakes and mishaps, I do be-lieve that the best thing we can do on earth is to show people that Jesus brings us a joyful news, and that the way he shows us leads us all to happiness. His path is steep, but the landscape is beautiful. We live only once, but it is really worthwhile spend one’s life for Him and His kingdom .